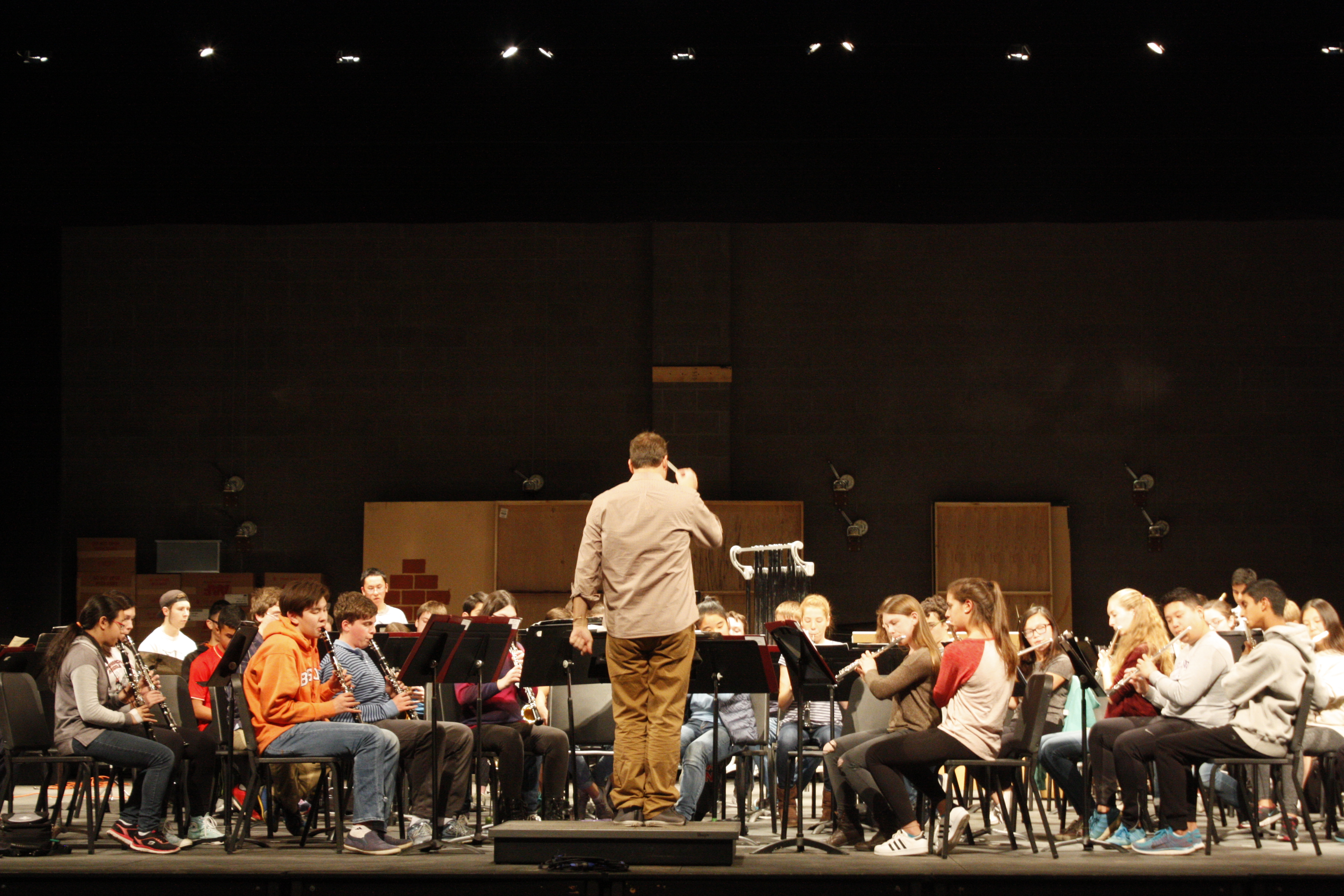 A spotlight will shine on student-musicians as they display their talent and unity in Harvestfest, the first joint musical concert of the year, on Wednesday and Thursday in the auditorium.

Students have been working towards this concert since the beginning of the year. According to Grossman, the year begins with “building on the ensemble and understanding who we are and how we play or sing together, but we’re also rehearsing music for the performance.”

In Grossman’s choruses, he likes to spend more time on warm-ups in the beginning of the year so he can “get everyone to listen to one another and see how they fit in with their groups.” Conversely, in Orchestra, “everyone’s more experienced playing than most of the singers are,” so he can begin music more quickly.

Similarly, Labedz described spending time “establishing some fundamentals of playing” and “getting the group dynamic” at the beginning of the year and “from there the pieces come a lot quicker.”

Although rehearsals start from day one, the songs that will be performed are not entirely decided until later, when the directors have a better idea of their groups.

Grossman said he’s “learned not to” decide on a definite list of songs before the first day because “it’s better to wait until I have a good idea of who’s there and what we’re working with.” He added, “I have a lot of things in mind, but I don’t make all of the decisions until I’ve had a chance to meet the groups a bit.”

Unlike later concerts in the year, like Winterfest, which centers around one theme, Harvestfest will be made up of a variety of music and styles.

“This year it’s kind of a random assortment of different pieces,” said Labedz,” explaining that many pieces were influenced by the Jazz Ensemble’s trip to New Orleans, Louisiana last year. “The wind ensemble, which is not a traditional Jazz of New Orleans type group, is doing a piece that has those influences.”

Junior Liz Reikine, a member of Orchestra and String Ensemble, said that there will be a variety of music at this year’s concert. “There’s a nice balance from slower somber movements to faster exhilarating movements,” she explained, adding that she hopes the pieces are “as fun to listen to as they are to play.”

For Labedz, Harvestfest is especially enjoyable because for students who are new to the arts “it’s their first opportunity to experience what we do here,” which is “typically very different from what they’ve done previously.”

He also explained that it is his first opportunity to hear the groups in concert, which “kind of tells me what the groups are going to be like for the year.”

According to sophomore Rose Mooney, a member of Tiger Bebop and Family Singers, Harvestfest will showcase “what we worked so hard on these past few months.”

Senior Aaron Stone, a member of Jubilee, Tiger Bebop, and Jazz Ensemble, explained, “For underclassmen, this is a great time to look at what groups they would like to be in next year.” He added, “People should go to Harvestfest because it is a great opportunity to see the many talented musicians at North perform, and enjoy new types of music.”

Harvestfest is a free concert that will be open to all.

Managing editor: Amy is a sophomore and is excited to continue on The Newtonite. She was on the girls' swim and dive team in the fall, and continues to swim competitively. Her other interests include singing, tennis, and guitar. She lives with her mom, dad, younger sister, two cats, and puppy.