Artists of the Month: Claire and Henry McEwen

Seniors Claire and Henry McEwen, twins, are January’s Artists of the Month because of their passion for music and their contributions to North’s orchestra. 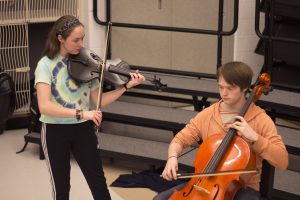 What instruments do you play, and when did you start playing them?

Do you play your instrument outside of North?

What is your favorite part about being in Orchestra?

Do you plan on continuing to play music after high school?

As siblings, do you ever play together? Do you enjoy playing together?

What is your favorite type of music to play? To listen to?

How has music improved your life?