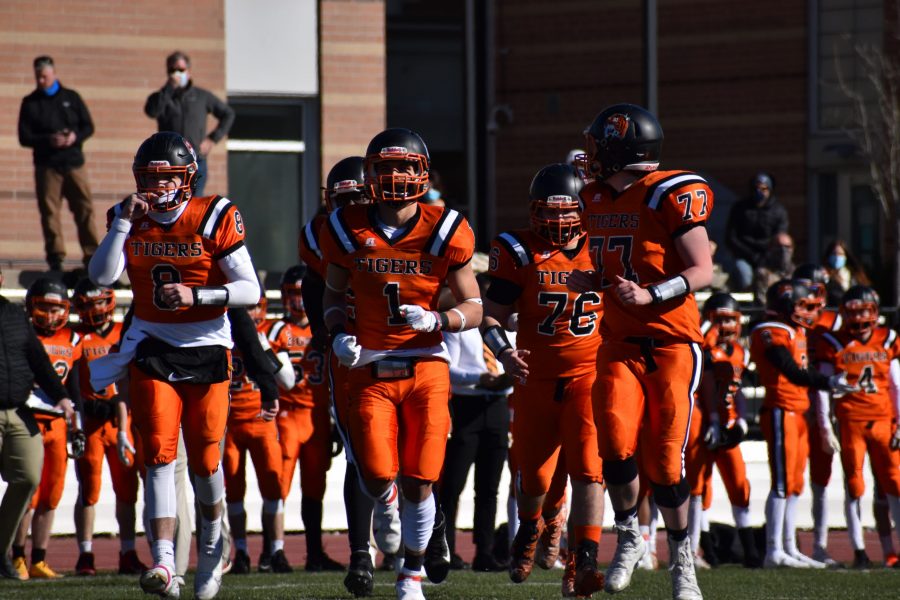 Football bounced back from a tough loss defeating Brookline 20-11 Saturday, March 20, at home.

“This win was tough coming from the last game, which we lost,” said senior Chris Claflin, a captain with seniors Bruce Burba, Rowan Devlin, and John Robinson. “But we have been practicing, and it paid off.”

In the first quarter, Brookline’s physical defense forced multiple turnovers, leading to an early safety and a touchdown.  North scored their first touchdown in the second quarter, as a result of a 30 yard pass from senior Jeremiah Poole, the quarterback. The Tigers trailed 9-6 at the half.

In the second half, North gained momentum, finding the endzone twice, while maintaining pressure on the defensive end. Brookline scored another safety, keeping the game close. However, senior Dante Atwood, a wide-receiver, secured a spectacular one-handed catch late in the fourth quarter, allowing North to score their second touchdown.

According to special education teacher Nick Capodilupo, the head coach, “I’ve been coaching a long time, and I have not seen a lot of better catches than that one.”

North, 1-2,  fell to Walpole Friday, March 26, away. They play at Framingham Friday.