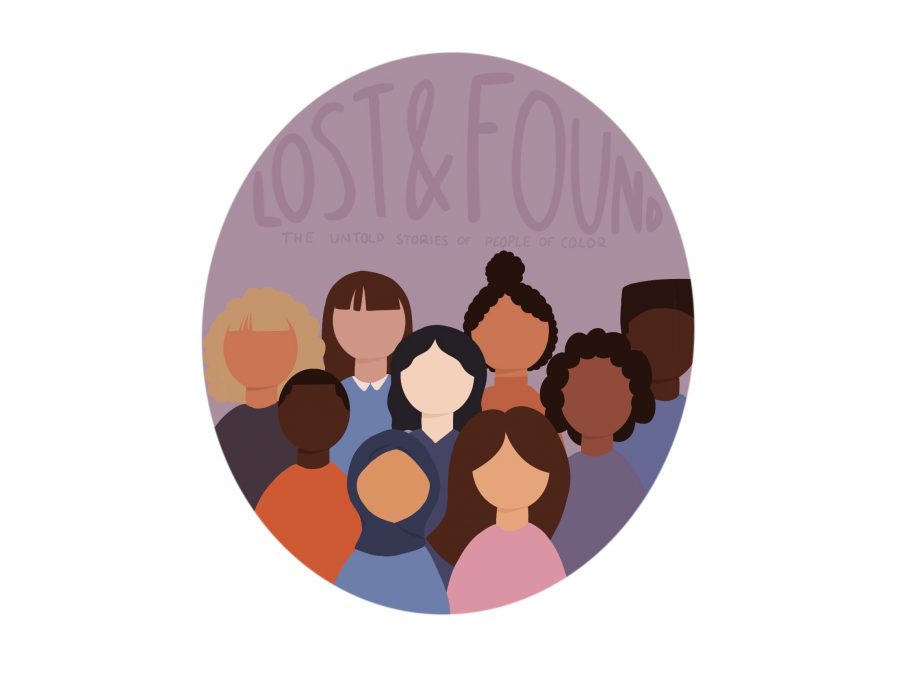 Composed of down-to-earth skits, original songs, and powerful monologues, Lost and Found gave students of color the opportunity to share their race-related experiences on a personalized level. Directed by senior Edie Pike, the show streamed online Jan. 28 and 29.

Pike said that she valued the creative outlook that many contributors displayed. “The show showcased all types of performing arts –– there was singing, dancing, and even a rap,” said Pike. “It was really great to see everyone bring their own passion to the table.”

According to Pike, her own experiences in theatre inspired her to spearhead this project. “Theatre is a place where people of color are underrepresented,” she said. “I gained a lot from past shows where I was able to interact with people of color and learn about their stories.”

Pike added that she hopes audiences can begin to understand the challenges that people of color undergo daily. “The voices of color are so often unheard and sometimes silenced,” said Pike. “This show was an opportunity for people to really learn about the struggles they’re facing, racism, or even finding beauty within yourself.”

Monologues such as “Cape Cod Outsider,” recounted personal anecdotes that Pike experienced throughout her life. Pike spoke about her experience as an Asian-American in predominantly white Cape Cod. It underscored the prevalence of racial unease in places where it might not be expected. In addition, Pike went on to discuss how, through time, she is losing her Asian identity to these American influences around her.

“I really liked Edie’s performance because it was something that I could relate to,” said junior Olivia Helfrich-Tapia, a cast member.

Another audience favorite, “I Walk Into Every Room and Yell Where the Mexicans At,” performed by Helfrich-Tapia, told a truthful story about her encounter with a white woman at a gathering. She stressed the idea that actions speak louder than words, by delivering a free-flowing and eloquent speech that tugged at the audiences’ heartstrings.

“I kind of just wanted to give an example about the ignorance and lack of self-awareness that some white people adopt,” said Helfrich-Tapia. “A lot of times, white people can call themselves progressive or liberal, which is not shown in their actions.”

Another notable performance was “Shot The Eagle,” a rap by senior Diego Gonzalez Mercader, which discussed the racial inequities and injustices in our society through fast, rhythmic lines. “Mixed Kids Don’t Count,” a monologue by senior Neva Hsu described her auditioning experience from the perspective of a mixed student. Throughout the scene, she also explored whether or not she “qualifies” as a person of color.

Introduced in the summer, Lost and Found required months of preparation and extreme dedication to produce. At first, Pike looked for unique pieces to incorporate in the performance.

“It was a challenging process at times and there were many factors that went into it,” said Pike. “I had to think about what I need to find, what community I wanted to build, and how I was going to create a diverse group of stories.”

In spite of the pandemic, the performance will forever be remembered as an anthologized masterpiece to both participants and viewers.

“It was a unique experience, as well as a learning process,” said Helfrich-Tapia. “But connecting with all these people that I can relate to on issues surrounding race is what was really important.”