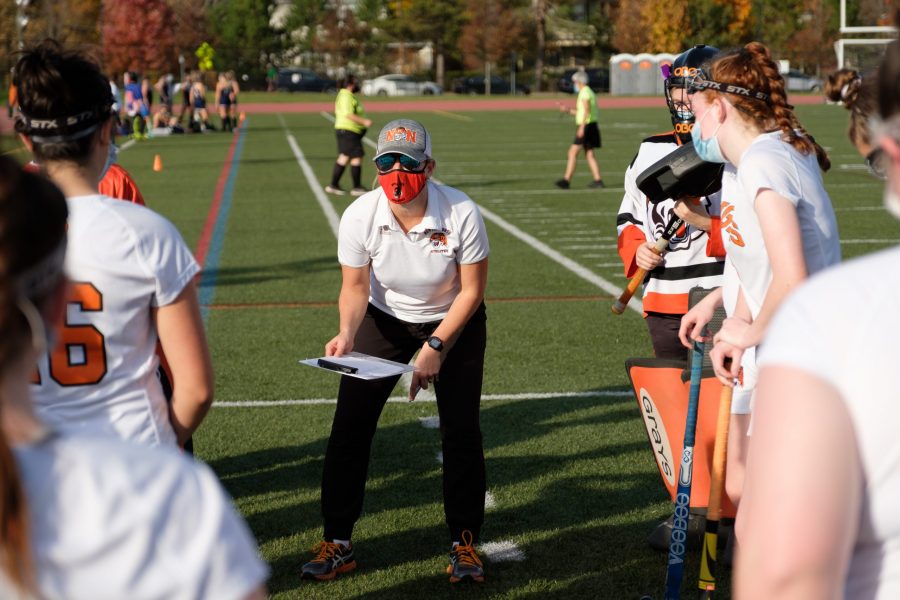 Field hockey fell to Brookline 7-3 Saturday, Nov. 7 at home. “We want to improve our possession skills and our use of the field,wanting to not play in the middle third and instead stretch the field,” said Cristy Moore, the head coach.

Junior Ella Maher, a captain with seniors Isabelle Mager and Lilly Wood, scored all of North’s goals, earning a hat trick. However, the defense gave up too many breakaway opportunities which allowed Brookline to keep scoring.

“We need to improve on our communication, and keep our morale up in the backfield,” said Wood.

In the first two periods of the game, North and Brookline were even in the shot department. However, Brookline’s goalie held North’s offensive attack allowing no goals throughout the first 30 minutes.

In the third period, with 11:14 remaining, Maher scored the first of her three goals, and put North on the board. Maher scored all of her goals in the final two periods. Brookline matched Maher’s second half hat trick with three goals of their own, sustaining their lead, and the final score was 7-3. “We have been working really hard during practice.” said Maher.

Field hockey finished the season with a 0-7-1 record.