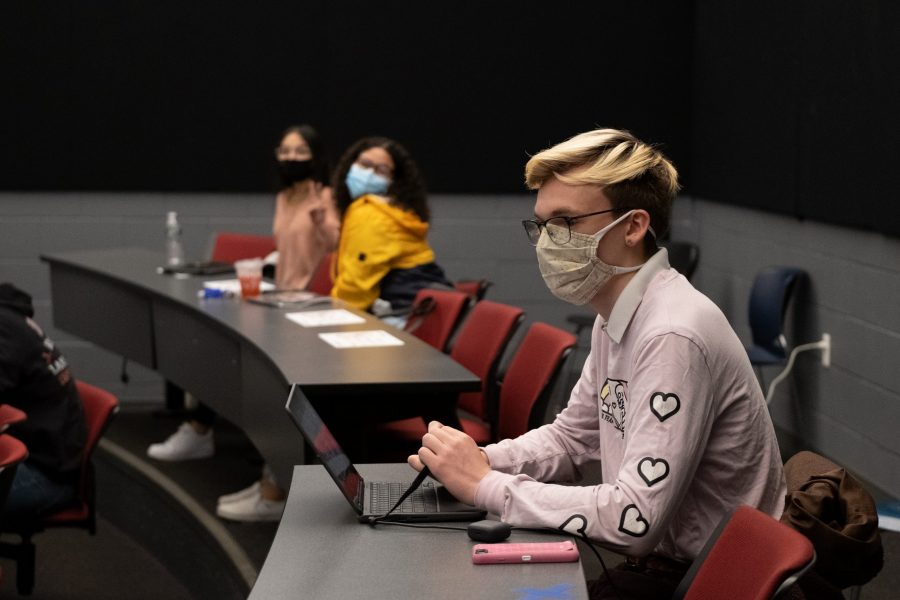 Some have decided to make the Common App essay optional, and virtual tours and information sessions for prospective applicants and students have dominated many seniors’ fall semesters. With these new changes, students wonder how admissions officers will weigh other parts of their applications like sports, clubs, extracurriculars, and jobs.

“I think applying to college this year feels really different from how I imagine it would feel in another year,” said senior Kate Ellison. “Not being in school in some ways takes the stress out of it because you’re not constantly surrounded by people talking about college. But at the same time, you feel more alone in the process. I also feel like it’s harder for North to help students this year, and I haven’t felt like I’ve gotten much guidance.”

North senior Coral Lin stated that the online resources colleges have been providing have been especially useful.

“I really hope that post-COVID, colleges will continue to invest in their online resources,” said senior Coral Lin. “I’ve been on three sets of college tours with my two older sisters and while I’ll say you can get more of a feel for the schools in person, it’s been so much more accessible right now to go to info sessions or online campus tours.

Junior Ashleigh Collins at Boston Collegiate Charter School in Dorchester added that the late first day of school shifted the timeline for a lot of students applying.

“I definitely feel COVID has sidetracked previous plans just because I would usually start school in August and I didn’t start classes until the third week of September,” she said.

Many colleges are going SAT/ACT test-optional. Another setback of COVID-19 is the cancelation of SAT and ACT dates over the past few months. Recent October cancelations mark the sixth canceled date for test-takers.

“It sidetracked my opportunity to take the SAT until I got a score I was fully happy with because many testing dates were canceled,” said South senior Daniella Chalamish.

Collins also expressed her relief at the new test-optional directive many colleges have started adopting.

“I really hope that more schools do go test-optional in the future because I know for me personally that was a huge stress relief since I’m a bad tester and a lot of the schools I really liked weren’t originally optional,” Collins added.

However, some institutions have not changed their application requirements. Senior Nyla Eliya at Montclair Kimberly Academy in Montclair, New Jersey explained the setbacks she has faced.

“COVID sidetracked my plans since I wanted to Early Decision to one college and now they’re not doing it this year for the first time ever,” she said.

Another concern for some students is not being able to tour college campuses.

“While many people start early action applying, many will do it without being able to tour the college. This is especially hard for someone like me, who lives more than an hour away from most colleges,” said junior Ethan Nesbit at Wahconah Regional High School in Dalton, MA.

Other students fear that their AP testing credits will not be counted due to the format of the tests last year. In a notice sent out by the college board, they stated, “We’re confident that the vast majority of higher education institutions will award college credit as they have in the past.” Adding, “We’ve spoken with hundreds of institutions across the country that support this year’s AP Exams.”

North senior Oscar Von Rekowsky said that “applying to college online has been a nightmare. Instead of getting support from teachers in person, we get a ton of emails and so I feel super spaced out and unorganized.”

“The process has been pretty weird this year; I suppose COVID has both helped and hurt me,” added Von Rekowsky.

Despite these challenges, seniors are trying to stay hopeful about the process.