2020 election is turning point for our country's global credibility 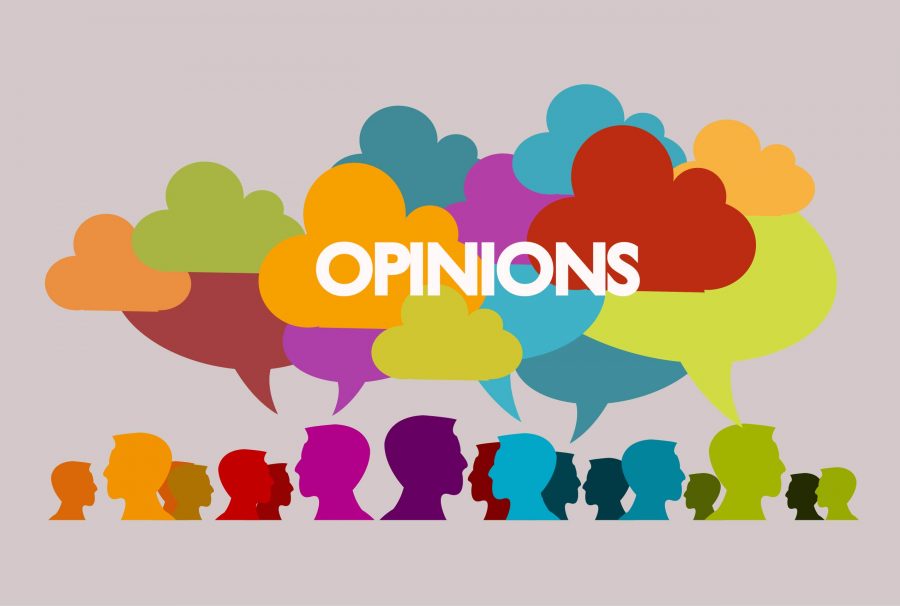 Almost everyone following the 2020 United States election universally accepts that this battle for the presidency has great significance. This election will not only be a referendum on the past four years, but on so many more boiling issues unique to our country at this point of time. These issues include the current civil unrest over police brutality, our democracy, the COVID-19 pandemic, as well as all of the wide ranging impacts of the recession caused by the pandemic. While all of these issues are hugely important, one primary issue of immense national and international significance is often overlooked: our country’s global standing.

Oftentimes, many Americans ignore international issues, not realizing the weight they have had on our country’s policies and actions in recent decades. Another misconception is the United States’ ‘undisputed’ place among countries due to its ‘superpower’ status and role as a leader. Today, the U.S. is facing a massive credibility crisis. Record numbers of people around the world view our country negatively, and our traditional allies are growing increasingly nervous that we will be unable to protect them.

The Pew Research Center has historically quantified the global image of the United States and recently found shocking results—as of September 2020, 64 percent of respondents in our ‘allied’ European and Asian countries now view the U.S. negatively. In 2016, that number was 29 percent.

Why such a difference? The answer can be simply explained: never have we seen incompetent and unstable leadership at this level. And it isn’t just a mockery of our country – it has real tangible consequences.

Simply dismissing the problem of opinion polls as ‘far-fetched’ or ‘unrealistic’ will not resolve it. Our global credibility is at stake with the current threat of our country being steered once again by a narcissistic president ignorant of the consequences of our lost credibility.

In 2016, President Donald Trump ran on protectionism, isolationism, and covert racism, winning the election with strong support from the ‘forgotten’ White working class. Trump’s statements in favor of environmentally harmful industries, as well as the promise to sharply reduce immigration and “bring back” manufacturing jobs from China and Mexico to the United States, offered hope and signaled to some Americans that the President has their back.

Meanwhile, in the international arena, Trump grew apart and damaged America’s traditional alliances with countries, like Canada and Germany, while improving relations with authoritarian dictators, like Kim Jong-un of North Korea, Vladimir Putin of Russia, and Recep Tayyip Erdogan of Turkey.

One can understand this ‘Trump’ foreign policy ‘shift’ with several key examples. The first is the Kurds. In late 2019, Trump defied traditional US policy of helping defend the Kurds in Syria when he announced a unilateral pullout due to pressure and “convincing” by Turkey’s president. The withdrawal immediately prompted the Turkish “Operation Peace Spring,” which had immediately started bombarding the Kurds and caused a war which has displaced more than 300,000 people. Some may call this an “isolated” example of Trump’s fast and thoughtless actions, but it doesn’t end there. In the middle of 2020, President Trump withdrew 12,000-US troops from Germany, in a dangerous move which will further erode European defense against Russia, all supposedly due to his anger at Germany’s government over defense spending. What resulted was a foreign policy shift of Germany away from the U.S. and towards China, with Germany losing trust in the U.S. and ignoring its ironically sensible pleas to not use Huawei in its 5G Networks.

Using a historical lens when observing the 20th and 21st centuries, the U.S. has always been at the helm of global politics. In the Second World War, the U.S. played a central role in taking out Nazi Germany and rebuilding countless countries after the war. Later in the 20th century, the U.S. spurred the creation of the UN and assisted with the formation of the European Union, NATO, and many other global alliances aimed at producing a more cohesive, democratic and stable global system.

Today, under President Trump, the U.S. has failed in its moral obligations of promoting democracy, freedom, and human rights on the global stage, with key actions including the unilateral withdrawals from treaties and organizations including the UN Human Rights Council, the Paris agreement and the Iran nuclear deal.

In the few short years that Trump has been president, he has managed to make numerous miscalculations and cause countless cracks in the US image as a global leader. Our US-led international systems look more tangled and destabilized than ever before, and the Trump Administration indeed deserves the blame. The Trump presidency has turned its back on our allies, embraced our ideological adversaries, and dangerously came close to provoking many global conflicts. In this 2020 U.S. election, a Trump reelection will make the consequences of these senseless actions permanent.

When the United States loses global credibility, it loses our moral authority to uphold human rights standards, and it puts our country, as well as the wider world, in risk of a new lawless and violent global order. This global order would likely be led by countries, such as China, with poor human rights records and mass surveillance. To make things worse, this wouldn’t only impact some parts of the world, but will impact all of our country as well.

How can these issues be solved? Damage control is an incredibly intricate yet consequential task, and for any president or leader in modern history, there have always been major setbacks and challenges. However, in this current reality we are facing today, there is only one solution to ending this credibility crisis and restoring our global position: voting Trump out.

With a new presidency, the process of fixing our global credibility should come before the charm, charisma, or any other luxury of a president. we don’t need perfection, charm, or any other added benefit. The only attribute we must expect is basic humanity combined with a deep understanding of our nation’s core principles. With Trump winning a second term in office, our country risks losing our moral weight around the world, drowning deeper and deeper into complete chaos, madness, and anger, suffocating slowly in the grip of an irresponsible man with despotic aspirations. Our allies and friends will feel betrayed and our enemies emboldened. Thus, it is more important than ever that we elect a new president who will lead our country back to its place of global leadership and restore its role as an international beacon for peace and human rights.