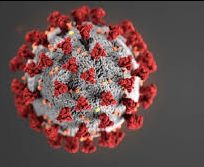 4/5/20 Update: April vacation has been canceled, which will move the last day of school up to Thursday, June 18 according to school officials. Additionally, North’s online learning plan, which will include regular tasks and about three and a half hours of learning each day, will be implemented Monday, April 6, and final exams have been canceled.

Superintendent David Fleishman released details on North’s distance learning plan in an email sent out Thursday, April 2.  Teachers will announce the assignments for the coming week on Schoology or through students’ newly-activated Newton Public School’s (NPS) Gmail accounts every Monday before 9 a.m, and all assignments should be completed by Friday of that week. In addition, there will be office hours acting as virtual X-blocks on Tuesdays and Wednesdays. All classes will meet virtually each Thursday and Friday. There will be no high-stakes assessments except in special circumstances.

Term Three, which has been extended to the end of the school year, will be Pass/Fail. If a student passes Term Three, they can choose to take the average of their Term One and Two grades or have a Pass for their final grade. If they fail Term Three and pass the first two terms, they may have a Pass for the year, according to school officials. Final exams are canceled and will not be a factor in students’ final grades.

“I think it’s about as effective as we can get,” said sophomore Sarah O’Reilly. “I like the idea of having a week to do your assignments and then checking in. I also think the individual learning environment will be good practice for college.”

3/29/20 Update: Newton Public Schools (NPS) plans to announce a new phase of North’s remote learning plan next week, which will be implemented Monday, April 6, according to an email sent out by principal Henry Turner.

In response to concerns regarding term grades, Turner added that term three will continue for the rest of the year to balance the lost class time. Course selection for next year will also occur online. Verification cards are now available on Aspen, according to an email sent out by vice principal Amy Winston. Changes to student’s course selections will be finalized by Friday, April 3.

Turner said that NPS is working with neighboring districts to develop an online-learning system. He added that North is still working to identify which families need school-issued laptops or otherwise need to make on-line contact with the school.

3/24/20 Update: Governor Charlie Baker ordered all Massachusetts schools to be closed through Monday, May 4, due to concerns over the coronavirus.

School officials have not completed plans for remote learning and are unsure whether the shut down will continue beyond Monday, May 4, according to principal Henry Turner.

“We canceled large public gatherings, but now we’re closing schools. That’s the most significant measure we could take,” Fleishman said. “We don’t have a policy, we really take all our advice from public health officials, and we work closely with the Newton Department of Health and Human Services.”

Fleishman added that NPS is currently determining whether and how to use a remote learning system during the upcoming shut down.

“That’s highly complicated, as you can imagine, because that’s a major shift,” he said. “There’ve been plans on that, there’s work on that, but no definitive plans because it varies by class, some classes require face-to-face, but we’ll have more information on that next week in terms of what’s possible to keep learning going.”

North braced for a coronavirus outbreak in Newton earlier this week, including cancelling all evening activities starting Wednesday, March 10.

According to freshman Julia Ma, she was relatively blindsided by the shutdown. “I knew it was a major issue in other countries, but I didn’t think it would be such a big deal in the United States and even affect our school so much,” she said.  “I thought it was just a bunch of rumors and people freaking out, but that’s it.”

Junior Steven Landry said he disagrees with the decision to close the school.

“I don’t think it was really necessary, but I get why we did it,” he said. “If we’re able to stop the spread earlier, it helps our government system as a whole, especially for hospitals.”

English teacher Kate Mannelly said she supports the decision to close the school. “I think safety always has to come first, and these circumstances called for drastic measures,” she said.

She added that she would support a remote learning system during the shut down.

“Logistics are really hard to think about,” she said. “There’s no precedent for this, so we’ll take it one day at a time. The beauty of this day and age is that there are resources to hopefully lessen some of the anxiety while people are out, to be able to have learning ongoing.”

MCAS ELA testing for tenth graders is scheduled for March 24 and 25, and it is likely preparation for the test will be limited due to the shut down. Verification day and Anti-Bias day are also scheduled for next week, and will likely need to be postponed or canceled.

This article will be updated regularly as more information becomes available.