Asian Culture Day explores the diversity of the Asian-American narrative 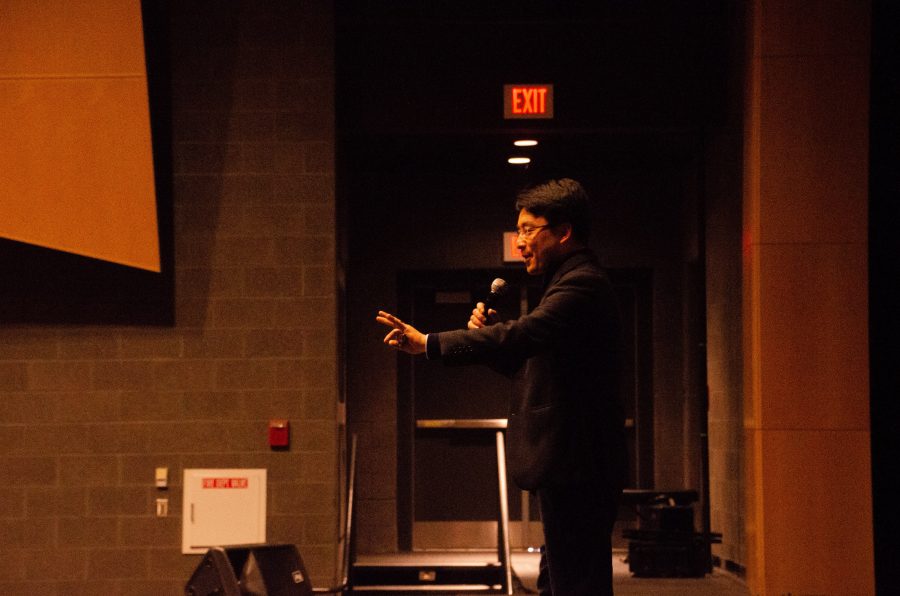 Students learned about the diversity of the Asian-American experience during Asian Culture Day in the auditorium Wednesday, Feb. 12.

“It’s a great way for people who don’t identify as Asian-American to see that there is such a variety of narratives, stories and experiences,” said Leong.

“We often think about Asian-Americans as just kind of a racial group, but there’s a really rich history going on there,” said Shaw. “You have Asian-American film, Asian-American literature, you have social movements and these are all things that shape how people understand themselves today.”

Shaw also highlighted the lack of Asian-American representation in the school curriculum, and that none of the books she had read in English class had Asian protagonists or Asian authors.

Speaker Grace Talusan, a Filipino immigrant, shared her experiences in dealing with discrimination, and read an excerpt from a chapter of her memoir The Body Pages d-block.

“I was constantly told I was lucky to be a minority student many times by teachers, students, and parents when applying to college,” said Talusan.

She added that her peers consistently made her feel that she was getting special treatment because of her racial identity, and that she, “didn’t earn the right to go to my college like everyone else.”

Students watched The Problem with Apu during a-block, a film about the stand-up comic Hari Kondabolu as he investigates the Simpsons character Apu and Indian representation in the media a-block.

The film was followed by a student-led round-table discussion, where seniors Jenny Huang, Mei Molinari, and Raghav Kadambi shared their experiences with bullying based on the Apu character and other racial caricatures.

“We are not a monolith, we are not a stereotype, and there are so many different stories and experiences we have to share,” said Leong.