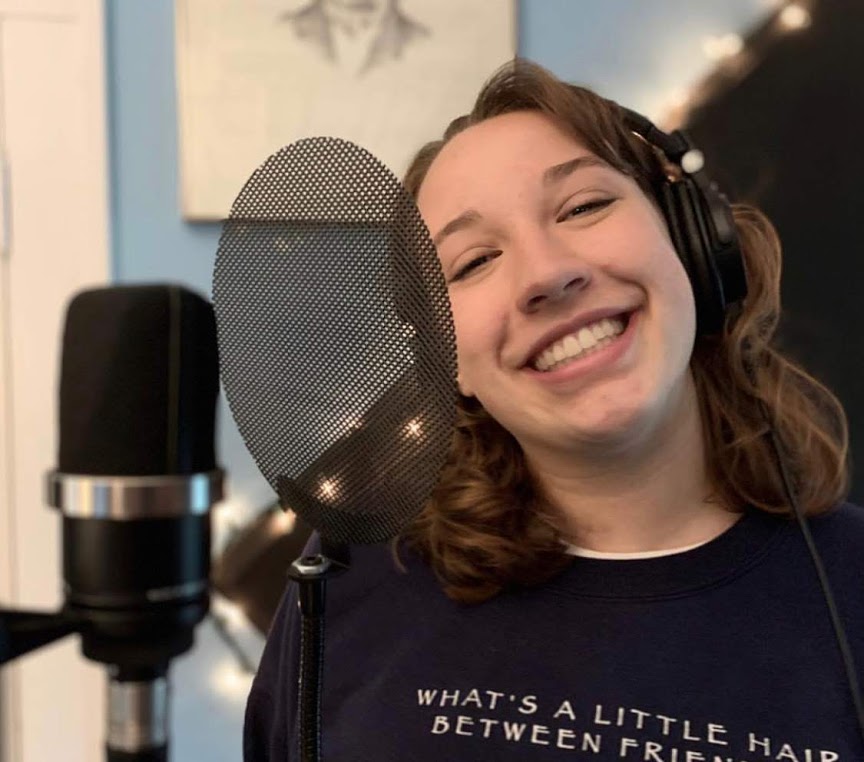 “My entire life, I’ve wanted to tour and release music, which seems kind of unachievable,” said sophomore and singer-songwriter Naomi Wolfe. “A lot of people want fame, but I just love writing my own music.”

Influenced by her father’s band, who recorded music and played shows, Naomi chose to pursue music. Starting at the age of nine, she posted covers on her YouTube account, but she waited to share her own music until eighth grade when she released her debut EP.

“I’ve kind of always been familiar with posting things that I do and having them be public,” said Wolfe. “It’s more of a vulnerable thing to put out music that you write.”

For her upcoming EP, set to be released later this year, she collaborated with sophomore Will Goldsmith and Jesse Trepiak, a music teacher at the YMCA, to record and produce her music. Goldsmith and Trepiak played the majority of the instruments found in the backing of Wolfe’s music with Wolfe playing the ukulele occasionally.

Wolfe says her music reflects the sounds of artists she listened to while writing her music, citing Yebba and Wolf Pack as her inspirations. While her father’s band attracted her to the idea of making music, Wolfe said she has found her own sound for her music. “It’s the whole idea of making music that I get from them,” she said.

According to Wolfe, the writing process for a song varies. “I have a few songs that I’ve just been in love with, and I just bang them out in an hour or two,” she said. “Sometimes it takes all the way until the recording process to finish up the song. It’s always a changing process.”

She begins writing by recording the melody and lyrics on her phone then sending it to Goldsmith and Trepiak to help her with the chords.

“Will and Jesse are very opinionated, and they have a lot of ideas for my music,” said Wolfe. “They really form it into something so much better than the original idea.”

Working with Goldsmith and Trepiak, she added, has taught her to be to be open-minded with the direction of her music.

“I had to learn to be more assertive of what I want, but also more open to others’ ideas.”

In addition to writing music, Wolfe has also performed since the age of nine. In recent years, she has been able to perform her own songs at churches and community events, growing her audience.

“I’ve kind of grown to be very aware and used to it. It’s always my favorite thing to do,” she said. “I love interacting with audiences. It’s just fun.”

With Wolfe’s upcoming album and future music, she hopes a bit more will come her way.

“My ultimate goal is to tour and have a fan base,” said Wolfe, “I would love to influence people in general and have my music be wider spread because there are a lot of musicians that influenced me, and I want to be able to influence others.”