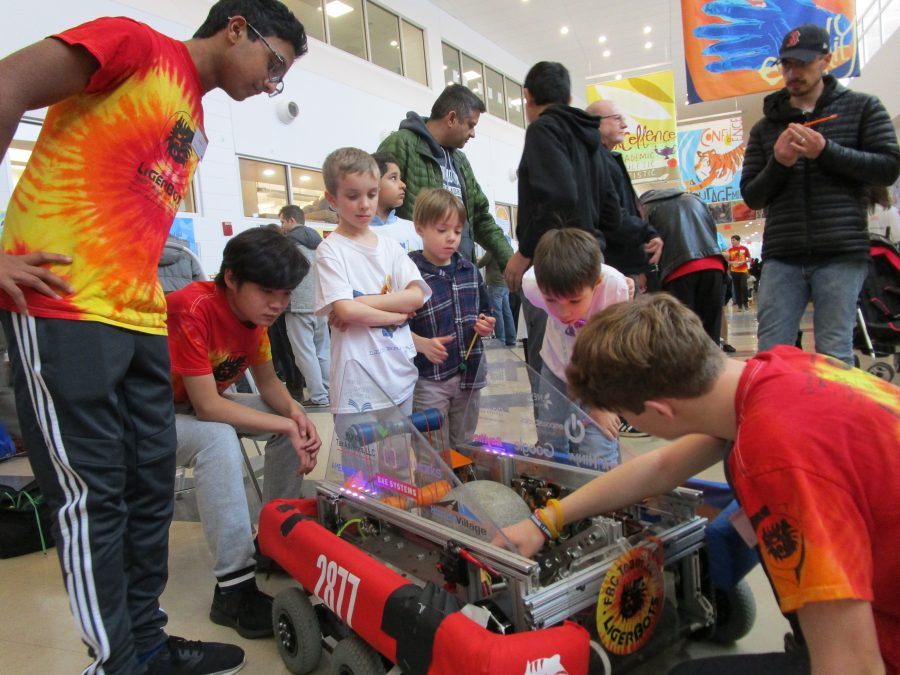 Excited chatter filled up the auditorium and Main Street as students in Ligerbots competed in the First Lego League (FLL) after months of preparation, Saturday Dec. 14.

Ligerbots hosted the robotics competition to help engage elementary and middle school children in the world of science, technology, engineering, and mathematics (STEM), according to Douglas Williams, a senior member within the Ligerbots team.

According to Williams, an important part of the event was to help engage younger children in the fields of STEM.

“It’s great to show kids the different opportunities they have in STEM and the programs through them,” said Williams. “We run this event, and it’s a great way to reach out and get the community involved.”

The competition requires teams to build robots to complete tasks related to a theme. Partipants were scored based on how effectively they completed their tasks.

“This year’s competition is about city planning, so all the tasks will be related to that,” said sophomore Mark Franklin, a member of the Ligerbots team.

Williams also mentioned the inportance of the event to the STEM community.

“We’ve got to give back to the community, and give STEM opportunities to them,” he added.

In conjunction with the competition, the teams also presented their projects related to city planning, which they spent months preparing for.

One of the projects involved installing pressure plates on the road, so that when cars ran over the plates would generate power. According to Williams, many projects made by younger kids drew attention from adults because of how impressive they are.

“These kids are learning how to solve modern issue in the world, and it’s very amazing,” said Williams.