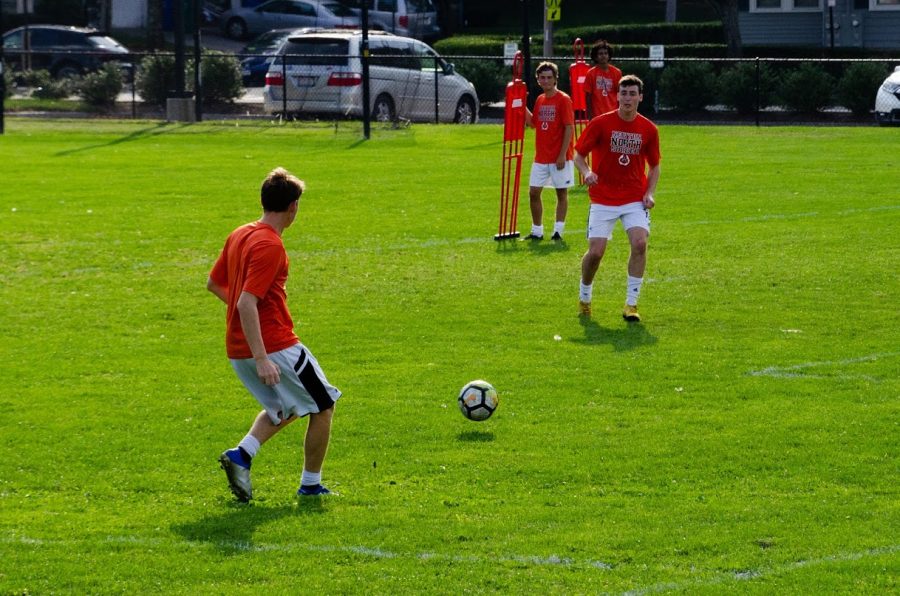 Boys’ Soccer, 9-8-5, advanced to the second round of the MIAA North Division I tournament by an upset victory over the two seed East Boston. The team’s run came to an end in the second round when Framingham defeated them 3-1.

According to special education teacher Roy Dow, the head coach, many key seniors have stepped up on the offensive side of the field. “[Seniors] Diego Gisholt and John Shore have been leading the forward line and have gotten some timely goals and assists,” said Dow. “[Senior] Matt Nielsen has also done a really good job all year finding his moments to run forward and create confusion.”

After a rocky start to the year away from home, Dow said that their road victory against Wellesley was a key turning point. “We have a lot of confidence from getting a win at Wellesley,” Dow said. “That’s not an easy place to go into and play and we played pretty well against them.”

Dow emphasized the effort from senior captains Max Johnston, Tobey Lowe, and PJ Membrino down the stretch of their season. “They have kept us focused, and kept us moving,” said Dow. “It’s easy to lose focus, but they’ve been doing a nice job along with other seniors and returning varsity guys keeping everyone focused and motivated.”