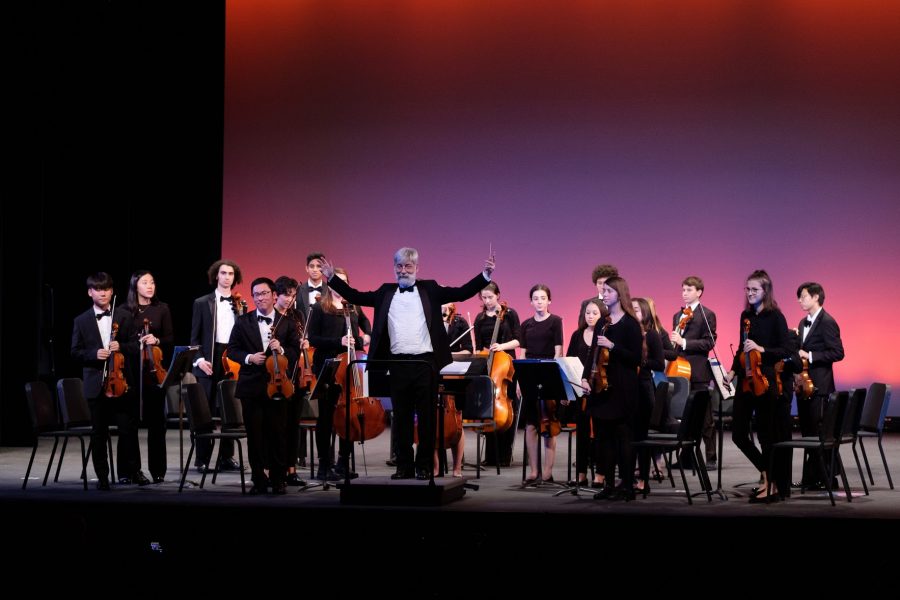 The Concert Choir and Vocal Ensemble, which performed together, started the show on a high note with a rendition of “Jack and Joan,” by Thomas Campian, a Renaissance song with a vibrant and warm melody. Pianist Christy Liao accompanied the talented singers as they expertly vocalized the 16th century poem.

“By the Waters of Babylon” appeared on the setlist again this year. They sang the melancholic hymn in a round, with the soprano, alto, and baritone groups starting at different times.

Concert Choir and Vocal Ensemble ended with a performance of a sea chantey called  “Bound for the Rio Grande.” The song had a complicated arrangement in which multiple soloists began at different times while the rest of the chorus harmonized.

The Family Singers started their set with a few breathtaking covers of choral music. “My Funny Valentine,” a 1900s jazz show tune, was a funky and humorous highlight of the performance. “I love the jazzy chords that you don’t hear that often, and the overall message of personality over appearance was just really kind of heartwarming,” said senior Ruth Gillihan, an alto in the Family Singers.

The Orchestra came on stage last to perform a few selections. According to cellist junior Aidin Kamali in Orchestra, “Fantasia on Greensleeves” was his favorite song because “it’s one of those melodies that gets stuck in your head easily.” The lead violinists for the tune, seniors Kenichiro Takeoka and Lillian Yang-Schmidt, pulled at the audience’s heartstrings with airy, drawn-out notes.

The beautiful pieces of music and amazing performances kickstarted the season for all the ensembles. Kamali said, “It feels good to finally show off the product of months of work in class, and it feels especially good when you know that the audience is enjoying what you are playing.”

The experience was even more worthwhile because of the effort put in by the singers and instrumentalists. Overall, according to sophomore Elizabeth Petrulakis, an alto in Concert Choir and Vocal Ensemble, Harvestfest was “a success. I think everyone sounded and looked great.”