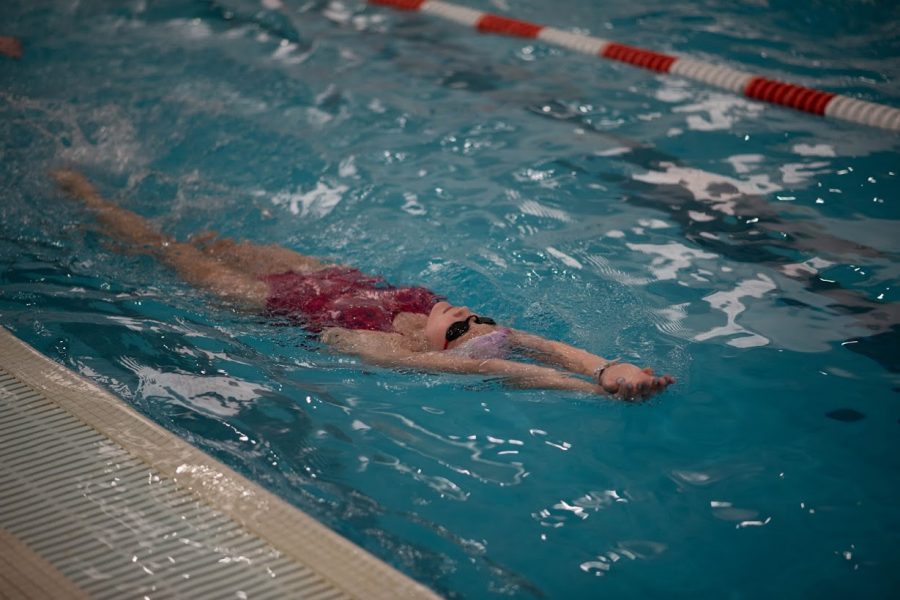 Girls’ swim and dive, 4-5, placed third at states for the third straight year. “The bond between the team only got stronger during the season, as we really are just one big supportive family,” said senior Rebecca Longo, a captain with seniors Bella Donovan, Ella McNally, and Anna Rahilly

According to Longo, the team ‘s goal at the beginning of the season was to make the swim and dive groups “a more cohesive unit. To accomplish that goal, the team elected its first-ever dive captain, Donovan, and “worked to make sure that we had more team bonding activities together.”

North performed well in the postseason, including a third-place finish at States that topped Brookline, one of the team’s biggest rivals. Longo added that another highlight was seeing “many new faces achieve personal bests and qualified for the sectional and state meets.”

Longo pointed to strong individual performances from sophomore Honour Dufresne and junior Karen Tong, as well as efforts from the relay groups as being instrumental in the team’s success.

Next year’s captains are to be determined, but according to Longo, they will continue working towards the same goals as this year. “I assume it will include continued integration between the swimmers and divers, maintaining a strong performance level while continuing to develop our strong freshman and sophomore classes,” Longo said.