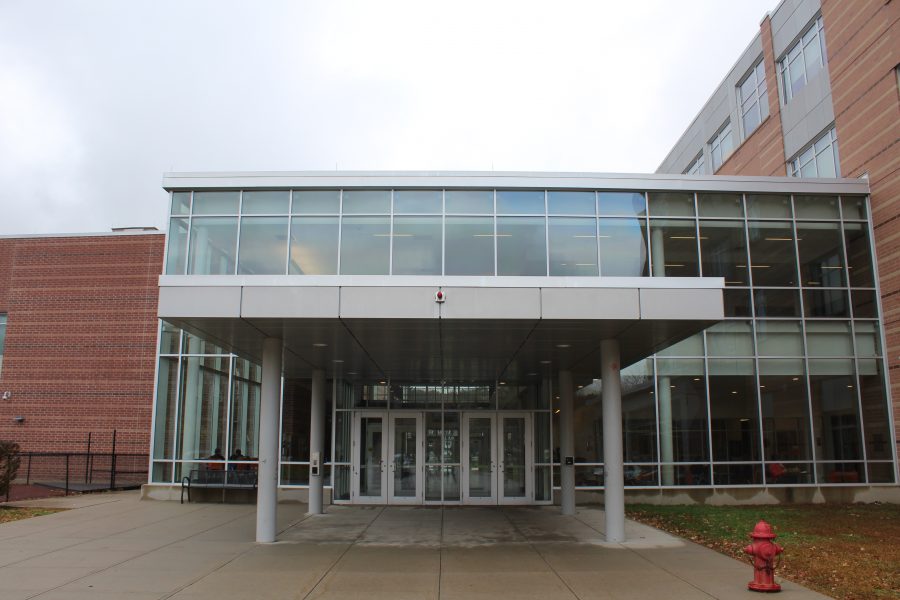 The overhead on Tiger Drive where metal 'NNHS' letters were set to be placed. (Photo by Ian Dickerman)

Students and faculty have yet to receive their gifts from the class of 2019 due to a series of administrative and class hiccups.

Last year’s senior gift to hang metal ‘NNHS’ letters on the overhead main entrance and to provide window cranks in all classrooms has been delayed for a variety of reasons, according to school officials.

Window cranks have been purchased and are now available in her office to any teacher that wants one, according to vice principal Amy Winston. However, window cranks were not distributed to all classrooms.

“I know a lot of classrooms around mine don’t have window cranks,” said special education teacher John McNamara.

As for the metal letters, “where we wanted to put them, we weren’t allowed to hang them there,” said Beals House dean Scott Heslin. The letters were designed to be hung on the overhead on Tiger Drive. However, according to Heslin, due to the weight of the letters, the overhead is unable to support it.

According to career and technical education assistant Amanda Mazzola, the former student-government adviser for the Class of 2019, the alumni have up to two years upon graduation to complete the senior gift. However, it’s still unclear as to what the timeline is.

“Hopefully when the officers come back for [December] break they can take care of it,” said Mazzola. “With the officers all being away at various colleges and overseas it’s really hard to say,” when the gift will be completed.