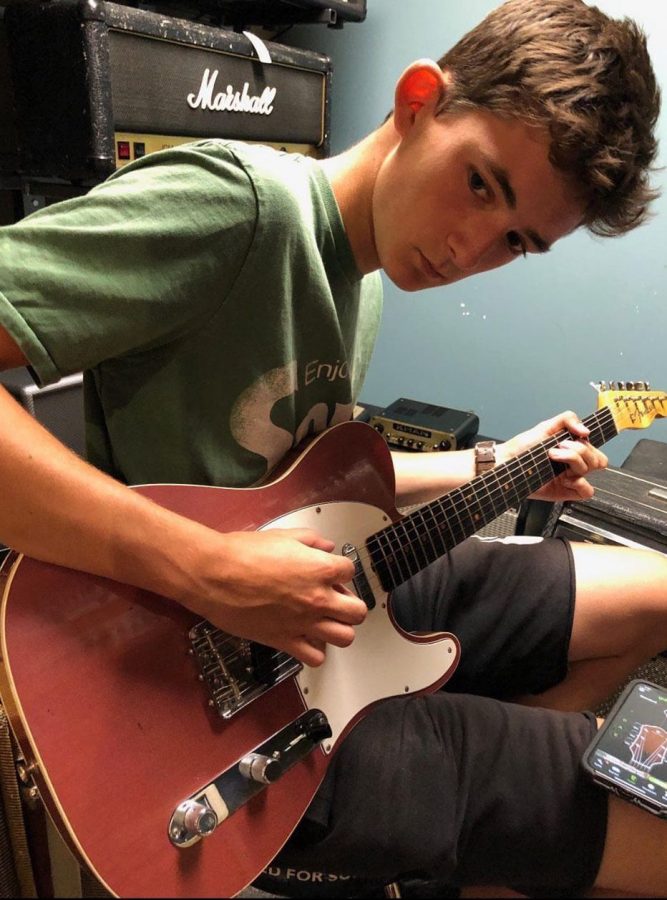 Senior Jonah Cuddy spent the start of this past summer patching guitar solos, chord progressions, and melodies into what would eventually become a collection of six songs he wrote with fellow songwriter, Bebe Stockwell, a senior at Beaver Country Day School.

The recording process spanned five days, according to Cuddy. However, the duo came into the recording sessions with prewritten songs they had constructed together.

Prior to the recording sessions, Cuddy says the duo wrote their songs at Cuddy’s house.

“I have a space in my house, like a kind of home studio,” said Cuddy. “There, we’d just sit for a couple hours. I’d have chord progressions for her set up, and she’d come and have some melodies that she’d add to them and we’d record demos.”

Cuddy and Stockwell’s connection predates their time in the studio. They originally met at a Berklee College of Music’s five-week summer camp, a program for young musicians, according to Cuddy.

“I was like ‘let’s try to write’ so we met a bunch of times, became friends and just kinda wrote these six songs in like seven weeks or something like that,” said Cuddy.

Cuddy cited “indie-pop music and folk” as the primary influences for the group when writing. Additionally, the group used artists in these genres, such as The Paper Kites and James Bay, for reference. The duo’s knack for catchy lyrics and melodies, paired with beautiful guitar parts shows up on songs such as Drive where Stockwell softly and passionately sings Can we just sit back and enjoy this ride? Can we drive? during the chorus.

Cuddy said that recording the duo’s six songs in their five days of studio time “was pretty tricky.” Cuddy added, “We kind of had to just go with second takes or third takes when, if we had more time, we could have gone with a fourth take, you know, something that’s more clean.”

This was not his first time undergoing the experience of recording songs though, according to Cuddy. Past recording sessions helped him to be prepared for the week they recorded in the studio.

Cuddy and Stockwell came out of the process with six songs which they plan to release individually, as singles.

Listen to “Drive” by Cuddy and Stockwell below: