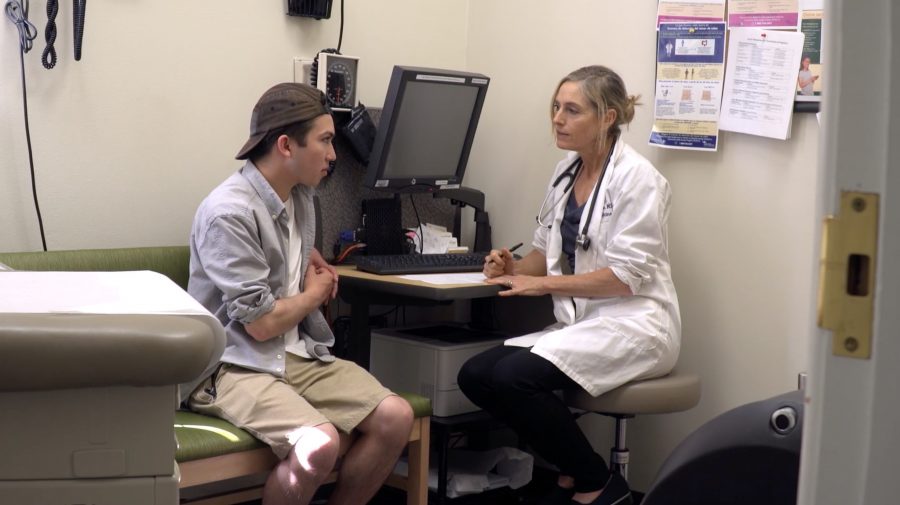 A scene from the film. (Photo courtesy of the PTSO)

Parents gathered in the auditorium to watch the PTSO showing of Screenagers Next Chapter: Uncovering Skills for Stress Resilience Thursday, Oct. 10. The film, created by Delaney Ruston, teaches parents how to support their teens through stress.

North and South’s PTSO organized the screening to spread awareness of teen’s screen usage and their effect on mental health. Following the movie, a panel of medical professionals answered questions about teenagers’ mental health, according to North PTSO co-director of programming Linda Hanusaik.

“It was really informative and I think that it was good for kids and for parents,” said North parent and clinical social worker Shiri Kessel. “I do see kids being more challenged with depression and anxiety that starts in school years. It’s kind of an ongoing anxiety and depression that hasn’t been treated when they were younger.” 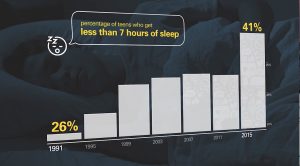 (Photo courtesy of the PTSO)

She added that teens today have more obstacles that parents might not understand.

“I think teens have a lot of pressures these days that we didn’t have when I was growing up, a lot of pressure to get into certain schools and they might feel that their parents want them to get certain grades.”

Screenagers NEXT CHAPTER is the sequel to SCREENAGERS: Growing up in the Digital Age and follows physician, filmmaker, and mother Delaney Ruston as she navigates through her daughter Tessa’s depression and researches teenage mental health today.

“We heard that there was a sequel to the original screenagers and we contacted the director,” said Hanusaik. “We thought it was a very important topic for our parent community to know about.”