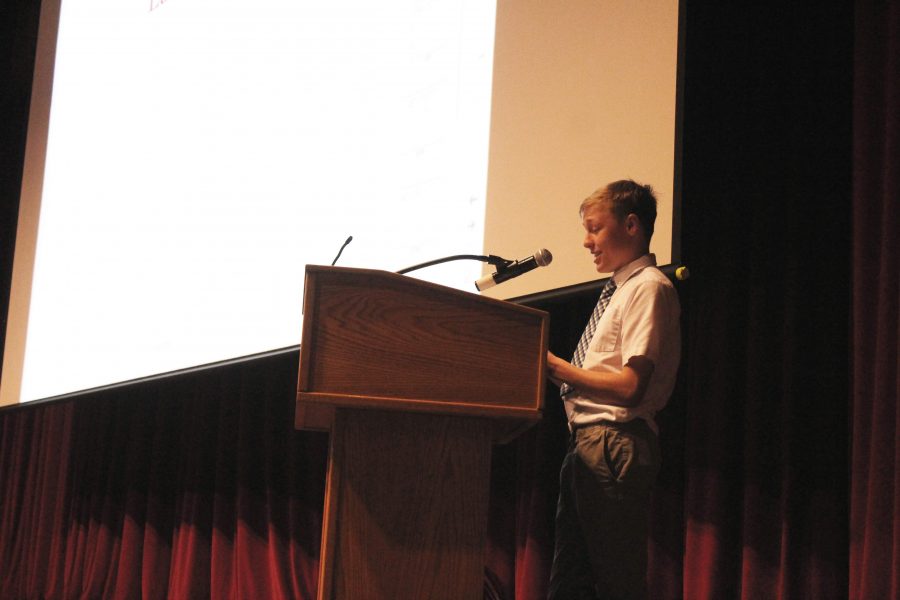 Freshman Luke Walsh speaks to the class of 2023. (Photo by Jacques Abou-Rizk)

The class of 2023 elected its student government Thursday, Oct. 3, during e-block in the auditorium.

According to Kizito, he ran “for the people,” and one of his goals for the class is “to raise the most money and make my time as president fun for the class.”

Many students during their speeches added that they want to incorporate new and different fundraising techniques.

“They’re not going to be normal events,” said Sofronova. “They’re going to be something fun.”

Andrews said, “We need new and creative ideas that will work, not just the typical bake sale,” he said.

According to Sofronova, another goal is to help students relieve stress through school events.

“School can be really stressful, and I want to have some fun events that the class would be able to do,” she said.

A highlight during the elections was when Freshman Griffin Hoeschele, who ran for president, went onstage and ate an onion instead of giving a speech.