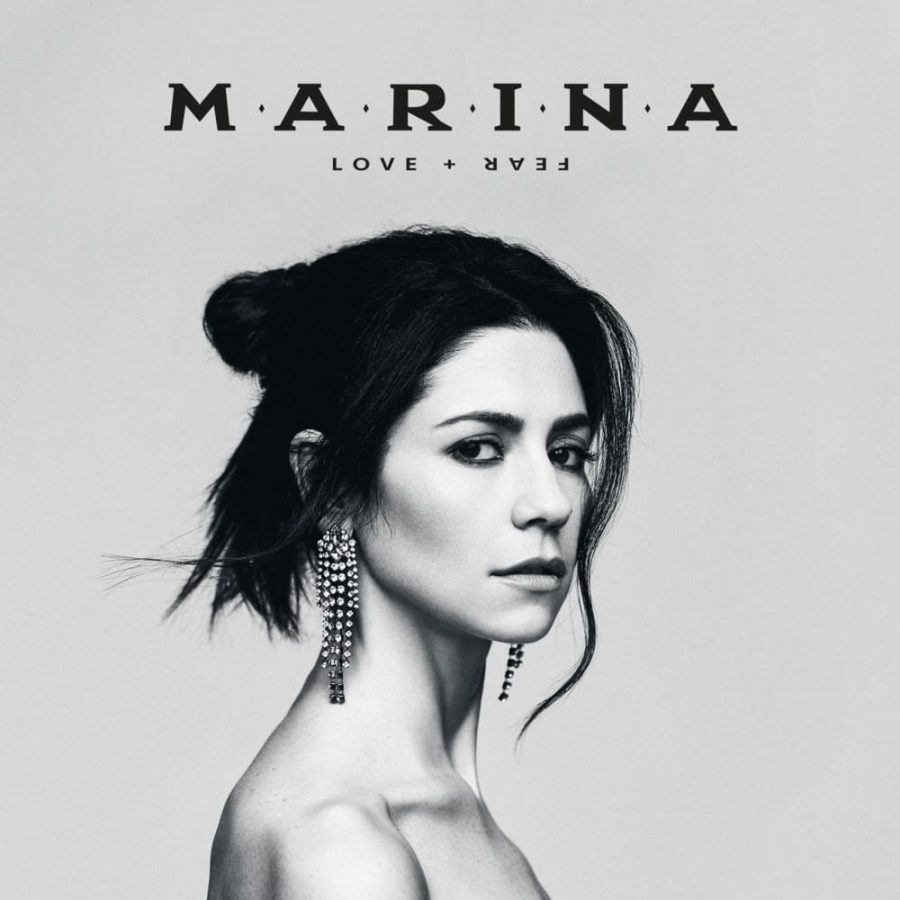 Marina’s voice, a breezy yet solid hybrid of tones, echoed around the Boston harborside venue, Rockland Trust Bank Pavilion, overpowering even the eager cheers of her fans.

Known most for her viral songs “How to be Heartbreaker” and “Primadonna,” the Greek and Welsh singer amassed a cult following in the 2000s teenage Tumblr scene. While the stadium seemed to be filled with nostalgic 20-year-old girls looking to revisit their childhood icon, Marina shed her cheeky and effervescent personality, trading it instead for a sound that felt more genuine.

Love and Fear, is Marina’s first tour since she dropped the “and the Diamonds” suffix from her moniker. It’s also her first music release since her 2015 album Froot. The Marina of Love and Fear is  is softer than her cheeky, cold-hearted counterpart of the Electra Heart album, though more developed than her playful Froot era. As the third stop in North America, Boston was one of the first to hear her latest sound live.

Electro pop singer Daya opened the show, singing hit songs “Don’t Let Me Down,” “Hideaway,” and “Sit Still, Look Pretty.” With powerhouse vocals backed up by funky dance beats, Daya’s energetic performance had the whole stadium singing along. When Marina finally stepped on the stage, the crowd was already more than warmed up.

Donned in a retro cyan dress and with sparkling streamers arranged in her hair, Marina stepped onstage looking like an angel as she sang a soulful rendition of “Handmade Heaven.” The glittering backdrop shifted from the beach to the stars, matching the celestial theme of the song. It was a whole other show altogether, with the spotlight on an emotional ballet duet.

Marina divided the concert into two parts called “Love” and “Fear” with a brief intermission. As the names suggest, the songs of the first act were about falling in and out of love, whereas the second act focused more on revenge and heartbreak.

Throughout the show, Marina’s personality shifted from song to song. For “Primadonna,” one of the songs that rocketed her into stardom, she was a spoiled princess, complete with bright colored backdrops and dance beats. When she pulled out two bright silver pom poms for the “Hollywood” ‘routine,’ one could almost see her as the brainwashed American cheerleader the song portrays.

For “Orange Tree,” a nostalgic summertime tune, she portrayed her newer, calmer persona, swaying gently to the light vocals. Before singing, she told the audience that it was written based off of her Greek heritage, and was inspired by the days her and her father would spend there. Even though the night was chilly, the images evoked by the lullaby-like song alleviated the shivers of huddled fans.

However, not every performance was able to match the content of the song. One such example was “Savages,” which had a deeper meaning behind the catchy beats about the scary human potential of destruction. Even though Marina was singing about important issues such as terrorism and rape, the performance felt like it was undermining the lyrics. The pop beat, vivid background, and neon lights felt garish when paired with the unsettling lyrics.

For her encore, Marina performed the throwback tune “How to be a Heartbreaker,” giving her fans one last moment of euphoria. The entire stadium knew the lyrics to the dark bubblegum pop melody. Marina was able to effortlessly bend her voice at will, going from a deep timbre one second to a feathery falsetto the next.

Even after the concert had ended, there was still a warm feeling around the pavilion. There was no doubt about it. After a four year break, Marina is back.