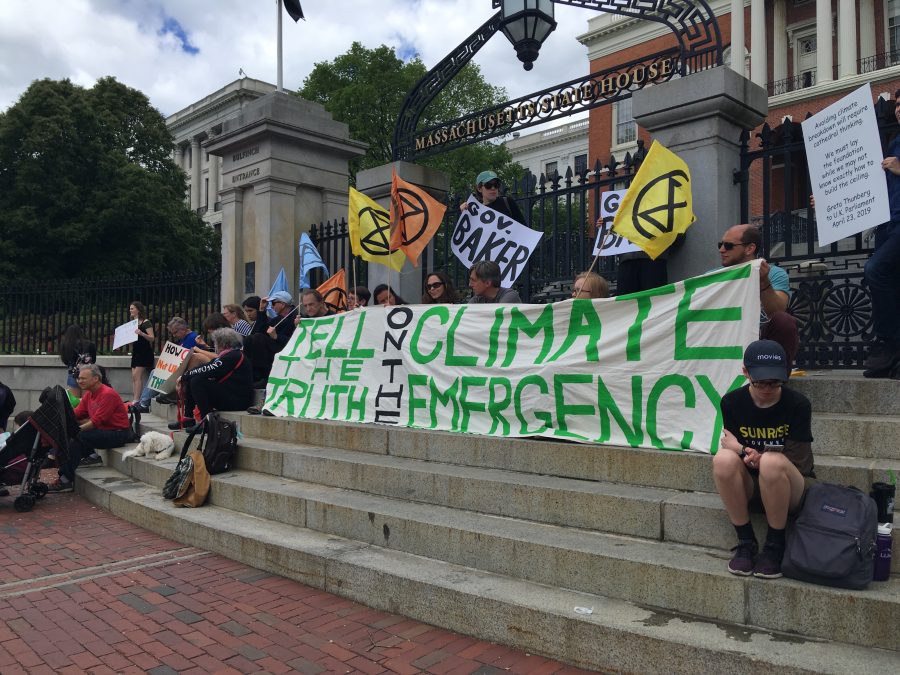 If we have just 11 years left until climate change’s damage becomes irreversible, as stated by the International Panel on Climate Change, let’s cut to the chase: now is not the time for being ambivalent, exhausted, or lukewarm. If our climate doesn’t exist, we don’t. So strike on Sept. 20 for our future.

The Global Climate Strikes are a movement started by Swedish teenager and climate activist Greta Thunberg. She has been striking in front of Swedish Parliament and missing school every Friday since Aug. 2018. Thunberg has since ignited the flame of a youth-led climate movement, which encompasses strikes around the world. On September 20, students and adults around the world are preparing to congregate outside of statehouses, city halls, schools, and workplaces to demand a change.

When I attended my first climate strike last spring, I too was ambivalent, exhausted, and lukewarm. But demonstrating next to the statehouse with hundreds of students changed something in me. All the students on strike participated in 12 minutes of silence to represent the years we have left to make change. A year later, that number is 11.

Those 12 minutes were enough to make me think of all the work we must do, all the  politicians unwilling to acknowledge the crisis in front of us, and all the people fleeing their countries’ climate-induced disasters. These thoughts are a lot for one person to have, but during that strike, I looked out at the crowd and saw the other furrowed brows behind Sharpie-scrawled signs. This movement isn’t just me and you. It must be everyone.

This strike, with your participation, could become the most widely-attended in all of world history. So if you are unsure about whether to attend, imagine telling your kids that you turned down an invitation to the biggest strike in world history. This event is one for the textbooks.

And yes, the climate strike necessitates skipping school. Maybe you’ve been preparing for that big test on the 20th and don’t want to miss it. In the future, kids may not be able to go to school because their homes will be flooded, the trees will be charred, and the polluted air won’t permit that crisp fall walk to school. So miss your test and strike for them.

The Global Climate Strikes are just the start of our journey—a journey towards a Green New Deal and a carbon-neutral future. Another way to fight for this liveable world is by joining the Sunrise Movement. Sunrise is a youth-led organization fighting the climate crisis. It has hubs all around the country, including an active branch in Boston. To join the movement, students at North can join the new Climate Advocacy Club as a local way to make a global impact.

“This is not just young people being sick of politicians,” Thunberg said at an event in London last April. “It’s an existential crisis. It’s something that will affect the future of our civilization. It’s not just a movement. It’s a crisis and we must act accordingly.”

When Thunberg said to the 2019 World Economic Forum that our house is on fire, she did not mean the house down the street. She meant our house, our world, is burning right here, right now, and if we don’t rally the masses, our home will be destroyed forever.