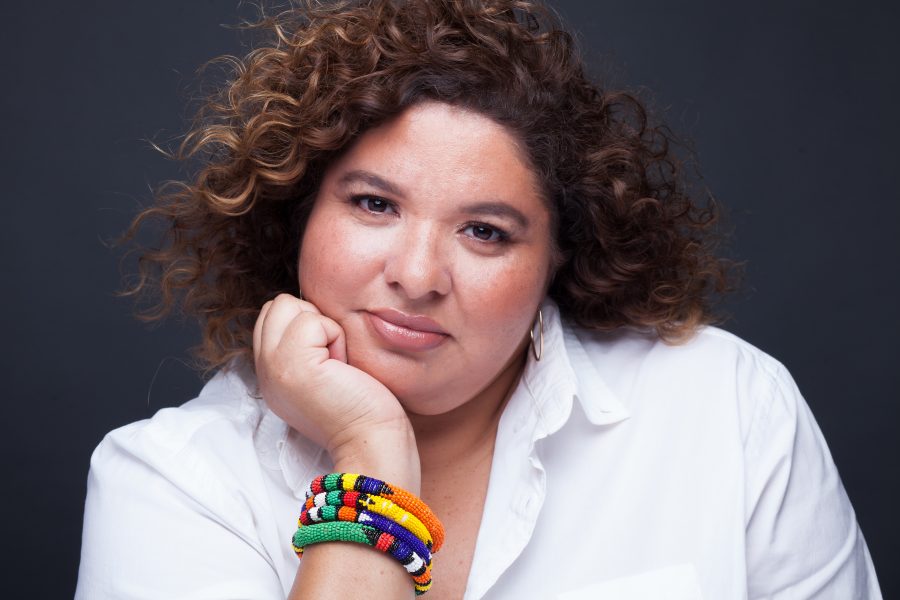 From apartheid South Africa to Newton and beyond, Liesl Tommy ‘89 has found immense success as a director, breaking barriers and proving her tenacity.

In 2016, Tommy received a Tony for Best Direction of a Play because of her work on the Broadway show Eclipsed. Now, Tommy is directing an adaptation of Trevor Noah’s memoir, Born a Crime. Her upcoming movie Respect, a biopic about Aretha Franklin, is set to be released during the summer of 2020.

Tommy’s love for theater and her directing talent is rooted in her high school years. During her time at North, Tommy participated in many extracurricular activities. She joined the basketball team, the swim team, Model United Nations, and even co-founded the club Ethos for Equality. Although these activities were meaningful, Tommy found her place at North by doing theater. During freshman year, a teacher asked her to join a play for Black History Month.

“It was really a wonderful experience for me. I loved the play, I loved Ms. Dover and I loved the girls that I was in the play with,” Tommy said. “Basically from that moment on, all I wanted to do while I was in school was theater.”

Tommy said she then dedicated herself to carving her path to success in theater.

“When I felt I wasn’t getting the roles I wanted to get, or I felt like the fact that I was a person of color affected the casting of certain shows, I just took it upon myself to create opportunities for myself,” Tommy said. “Even after I graduated, if I felt like I was waiting around for opportunities, I would just take the initiative and make my own shows, and that definitely started at Newton North.”

Tommy added that she started this pattern of “creating opportunities” at North when she directed an annual African-American poetry performance during Black History Month called “So I Rise.”

Fellow North graduate and a friend of Tommy’s, Lisa Rosman, said she knew Tommy would ultimately be a director. “She was an actor for at least, I think, a decade before she became a director. Even at that age, it was so obvious to me that she was a director,” Rosman said. “It wasn’t just her grand height, her strong voice, and her ability to assess a situation all at once. It was that she had a lot of confidence, and that’s a huge part of what it takes to direct a bunch of people.”

Before Tommy’s time in Newton, she resided in South Africa, where she was born and raised during the apartheid era. She moved when she was fifteen because of the segregation and turmoil in her home country. Her father attended the Massachusetts Institute of Technology (MIT), so he had connections in Massachusetts, according to Tommy.

“When my parents felt like it was time for us to leave because of the political situation, he found a job in Boston, and they sponsored us,” Tommy said.

Tommy said it was special to direct a production set in her home country. “I’ve rarely done anything about South Africa. I think I had a lot of my own memories of the dark political period and trauma,” Tommy said. “When the Trevor Noah project came into the game, it just felt so right because he deals with the politics with real honesty but also humor.”

Tommy said she found success in cultivating curiosity and advises current theater participants at North to do so as well.

“Always enter a room, whether it’s a dance class, an acting class, a writing class, like you are the person with the most to learn because nothing kills art as much as arrogance. I feel like one of my strengths in this career has always been approaching situations with a certain level of humility,” Tommy said. “If you’re curious about people and places and things, it will always feature creativity.”