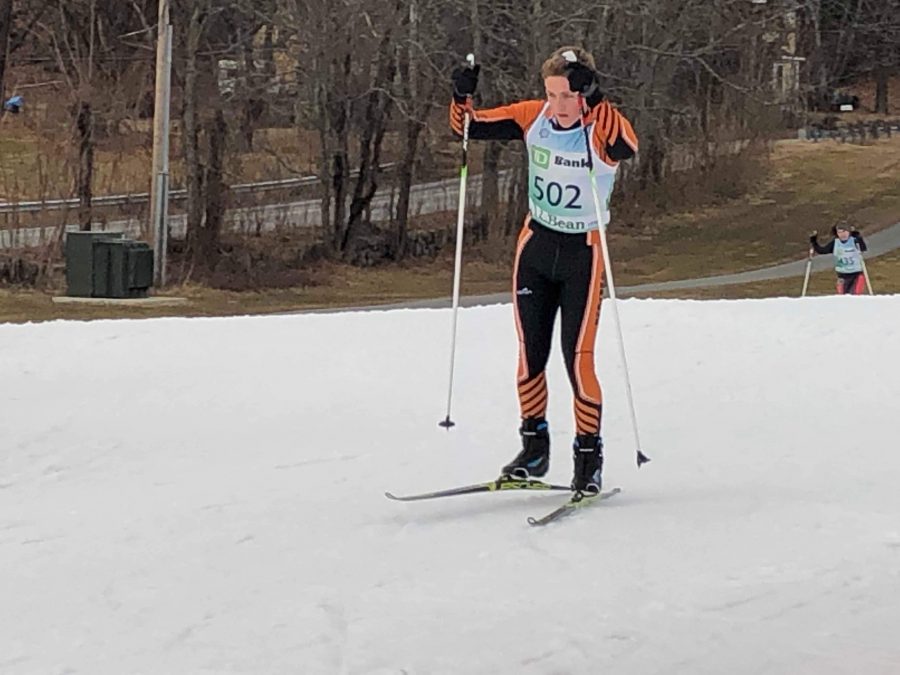 “Today they did really well,” said executive administrative assistant Anna Ford, the headcoach. “At least three boys finished in the top five or six, and our girls did really well as well. I think we had four of the top ten finishers for girls.”

During the girls’ race,  junior Serena Jampel, a captain with seniors Phillip Teixeira-DaSilva, Benjamin Libraty, Jojo Silagi, and junior Ali Lee, jumped out to an early lead. Wellesley sophomore Charlotte Snow trailed her. Lee and junior Ella Bailey were close behind in third and fifth. By the end of the first lap, Jampel had significantly lengthened her lead over Snow.

As the second lap progressed Jampel and Snow separated themselves from the rest of the pack, engaging in a fierce battle for first. Heading into the third lap, North held three of the top five spots. The race for first heated up when Snow began to slowly gain on Jampel. In the middle of the fourth and final lap, Snow passed Jampel and maintained the lead for the remainder of the lap, winning the race. North’s top finishers placed second, fourth, and sixth, and North had four racers place in the top ten.

After a strong performance, North trailed Wellesley by nine heading into the boys race.

Midway through the first lap of the boys race, North was in trouble. The leading racers from North, sophomore Evan Hoch and Silagi, sat all the way back in seventh and eighth place. But North battled back and by the end of one lap, they had secured fourth, fifth, and sixth.

By the end of the second lap, Evan Hoch was closing in on third, with senior Nicholas Hoch and Silagi right behind him in fifth and seventh.

“As the season progresses the races get longer, so one of the skills that I ask the kids to work on is expanding how long they can ski hard every week,” said Ford. “Each week one of the two on snow workouts is a long interval workout.”

The team’s hard work in practice paid off in the final lap, as Evan and Nicholas Hoch pushed up to 3rd and 4th. In the last stretch, Silagi came down the short slope towards the finish line and made a last second sprint, beating Natick senior Connor Giersch to fifth place.

North won the boys race with 462 points, propelling the team into overall first place ahead of Wellesley who only scored 444.

“The team performed really well today,” said Silagi. “Evan and Nicholas Hoch. Evan was a number one guy in 3rd and Nicholas was our number two guy in fourth place. The three of us were a strong trifecta.”

According to Silagi, the team needs to “work together even better than we have been” for their final league meet of the season. “When you are skiing with your teammates it is very easy to push each other and go faster.”

“The kids are really committed to doing well and seeing the sport last for years and years to come. That is one of the things I love about this team,” said Ford.