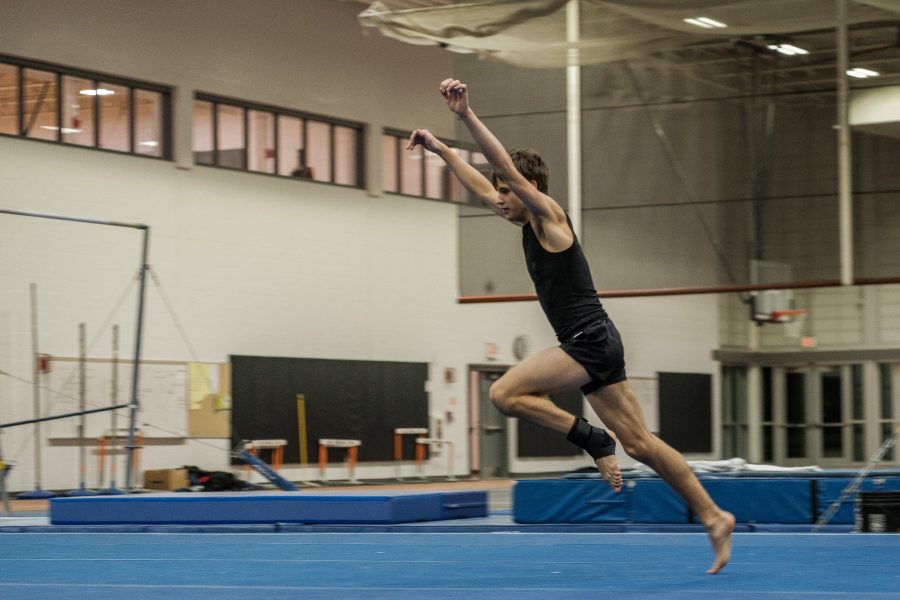 “Our goal was to try our best and see what we needed to improve on since it was our first time really doing our full routines this season, which I think we did,” said Tan.

Tan named Forbes and South senior captain Sam Arber as the team’s key performers. Arber, according to Tan, was the team’s highest overall scorer, and performed well on the pommel-horse and rings routines. Forbes was named for his “solid” efforts during the high bar event.

Tan added that the team has some work to do on fully landing their tricks. “A few people had trouble dismounting, which is probably what we need to work on the most,” he said.

Tan said that he was proud of his team for trying out new things during the meet. “A few of us incorporated new skills into our routines, and they pulled them off pretty well,” he said.

The Tigers will host Braintree at 5 p.m. in the SOA this Friday.