Best Movies and Shows on Netflix for the Holidays 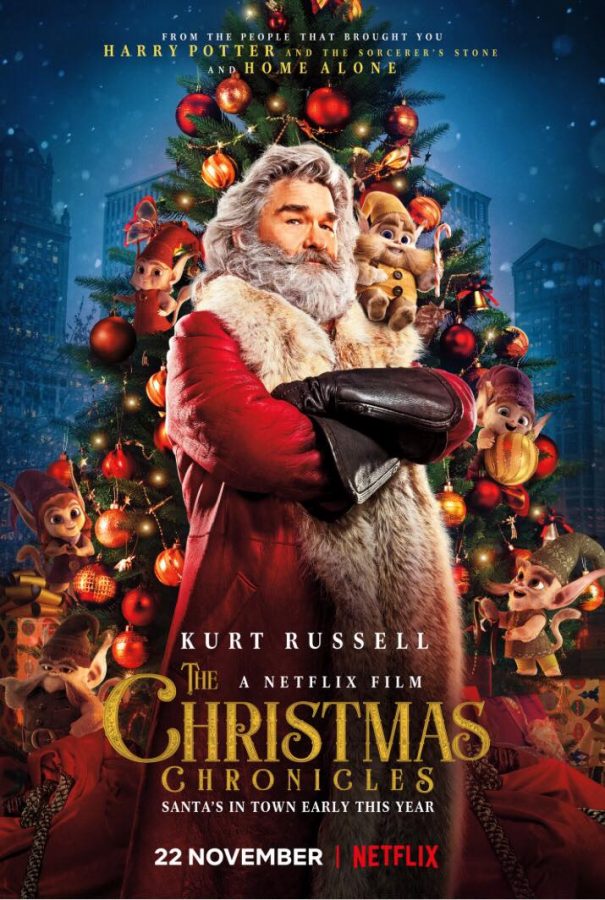 As the weather grows more and more frightful, everyone needs something delightful to warm up the mood. Between the hustle of the holidays and hectic last-minute gift-shopping, there’s always some time to unwind and binge watch a few shows. Enjoy these holiday-themed movies and shows on Netflix to cozy up to during winter break!

The Office (U.S.), adapted from the U.K. TV series by Greg Daniels 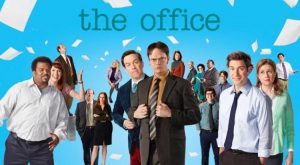 Everyone needs a laugh this holiday season. What better way than to watch the hilarious hit series, The Office? Filmed as a mockumentary depicting the fictional lives of office employees, each episode is only 20 minutes long, making it the perfect length for a quick break from family time. The show pairs eccentric characters with unforgettable plotlines. “Moroccan Christmas,” the third holiday-themed episode of the show, is both bizarre and hysterical, capturing the show’s essence in one episode. It goes from a failed office party to a Christmas gift monopoly and will have the audience laughing at every moment.

For those who are lovers of both science fiction and dark humor, this show is a thought-provoking and unconventional watch (preferably with a pillow to squeeze when it gets scary) during the holiday break. Modeled after The Twilight Zone, each episode of Black Mirror has a different setting and plot line. However, all the episodes focus on humankind’s dependence on technology, set in futuristic dystopias. This holiday special, “White Christmas,” features a snowy outpost and two strangers discussing how they ended up there, each getting a separate storyline of how advanced technology ultimately destroyed their lives. The show successfully depicts controversial issues in an entertaining way, and viewers will be left thinking long after it is over.

Arrested Development is a critically acclaimed comedy series known for its hysterical innuendos and intricate plotlines. The show follows the lives of the members of a dysfunctional family, the Bluth’s. With award-winning actor Ron Howard as the omniscient narrator of the series, it features a talented cast, including Michael Cera as George Michael Bluth and Jason Bateman as his father, Michael Bluth. The clever humor and nonsensical catchphrases of the show has gained it a massive cult following. The holiday special “Afternoon Delight” has not only one, but two disastrous office Christmas parties, and will leave viewers doubling up with laughter.

How the Grinch Stole Christmas (2000), directed by Ron Howard and based on the book by Dr. Seuss

Who could forget this Christmas classic by Dr. Seuss? Starring actors such as Jim Carrey and Taylor Momsen, this comedy film takes the children’s book to the big screens with stellar performances and costume design. Inspired both by Seuss’ book and the 1966 animated television special, the live action movie was very successful, becoming the second highest-grossing holiday film of all time behind Home Alone. The Christmas classic starts by introducing the Grinch as a hateful creature intent on ruining the holiday spirit, but ends with an uplifting twist, making it the perfect film for families to enjoy together on a snowy day inside.

Carol, directed by Todd Haynes and based on The Price of Salt by Patricia Highsmith

Set during the holidays, Carol follows the forbidden romance between an aspiring young photographer and a woman going through a tough divorce. The film stars seasoned actresses Cate Blanchett and Rooney Mara in the two leading roles. The film takes place on a snowy evening in downtown Manhattan, and the two lead characters share a cordial exchange over the buying of a Christmas present. The story is both tragic and heartwarming as it showcases the hardships members of the LGBTQ+ community faced in the 1900s. Despite being written more than six decades ago, The Price of Salt brings up issues that are still relevant in today’s society.

The Nightmare Before Christmas, directed by Henry Selick and produced by Tim Burton

Set in a fictional world adorned with the iconic gothic style of mastermind Tim Burton, this stop-motion animated film seamlessly blends the eeriness of Halloween with the cheer of Christmas. Instead of the usual cheery Christmas film, The Nightmare Before Christmas gives off a surreal and spooky vibe with its skeletal characters and haunting landscape. The movie starts by introducing all the “towns,” which are all based on certain holidays. The story is set in Halloween Town and follows the story of Jack Skellington, a lovable misfit. With an endearing protagonist and a heartwarming ending, this family-friendly film is an unconventional yet lovable Christmas classic.

The Christmas Chronicles, directed by Clay Kaytis and based on a screenplay by Matt Lieberman

Relatable, funny, and a bit cheesy, this Netflix original film tells the tale of two siblings who accidentally find themselves in the middle of the holiday adventure of their dreams. The movie opens with a montage of Christmas home videos,  because Kate, the ten-year-old protagonist, is rewatching old videos to remember her father after his untimely death as a firefighter. The movie explores how his death has impacted the family. Kate’s older brother, Teddy, has evolved into a car-stealing juvenile delinquent, and her struggling mom is the only one holding the dysfunctional family together. With Kurt Russell appearing as the lovable Santa, emotional moments, and captivating plot, this film is bound to warm viewers’ hearts.