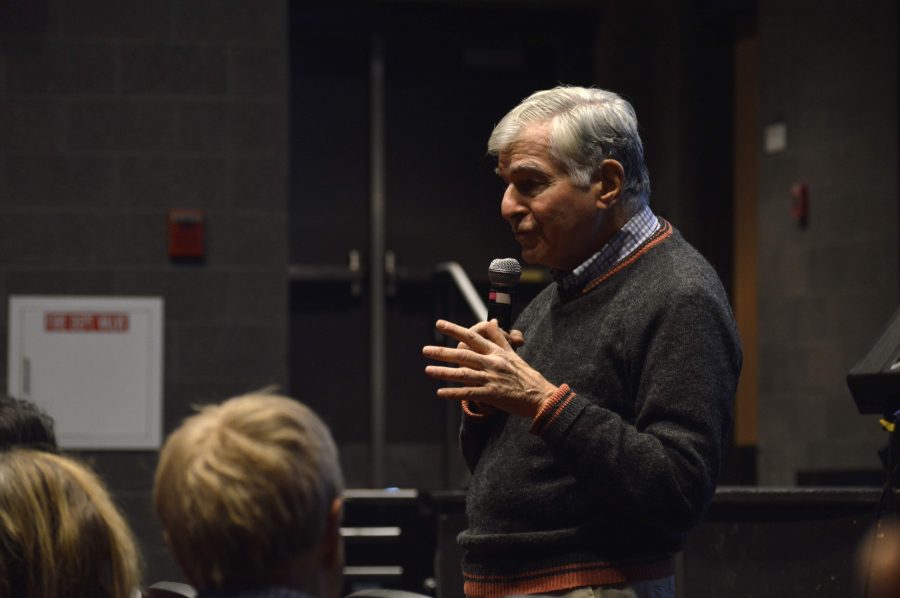 The Center for Civic Engagement and Service organized Dukakis’ presentation to discuss how students can participate in public service, as part of the Dan Fahey Speaker Series, which brings in public servants to talk with students on the importance of helping their community.

“We need good people everywhere; state, local, national,” Dukakis said. “Getting involved in the decision-making was something that we all should care about, and that is exactly what public service and civic engagement is about.”

However, he added that helping the community doesn’t always mean running for public office.

“I never regretted getting into public service,” Dukakis said. “Don’t let anyone tell you that you have to have some special status.  We all can help.”

For students who want to help their communities, Dukakis can provide valuable insight on civic engagement, according to co-director of the Center for Civic Engagement Claudia Wu.

“Governor Dukakis is such a good person to speak on civic engagement,” Wu said. “With everything that he has done in his lifetime and continues to do, I hope that students and teachers will gain something from his presentation.”

Sophomore Ariannie Perez added that the presentation was helpful in understanding how she and others can participate in Newton.

“It was really cool to hear what he has done,”  Perez said. “Especially how he dealt with different problems during the elections.”

Dukakis mentioned his run for president in 1988, where he became the Democratic Nomination for President of the United States as not only a learning point in his life, but something that he hoped was inspirational to others.

“I was at one percent when I first ran for the presidency,” he said. “But through hard work, I was able to clinch the race by April and that was thanks to all of the good people I had helping me throughout the race. I wouldn’t have been able to do it without them.”