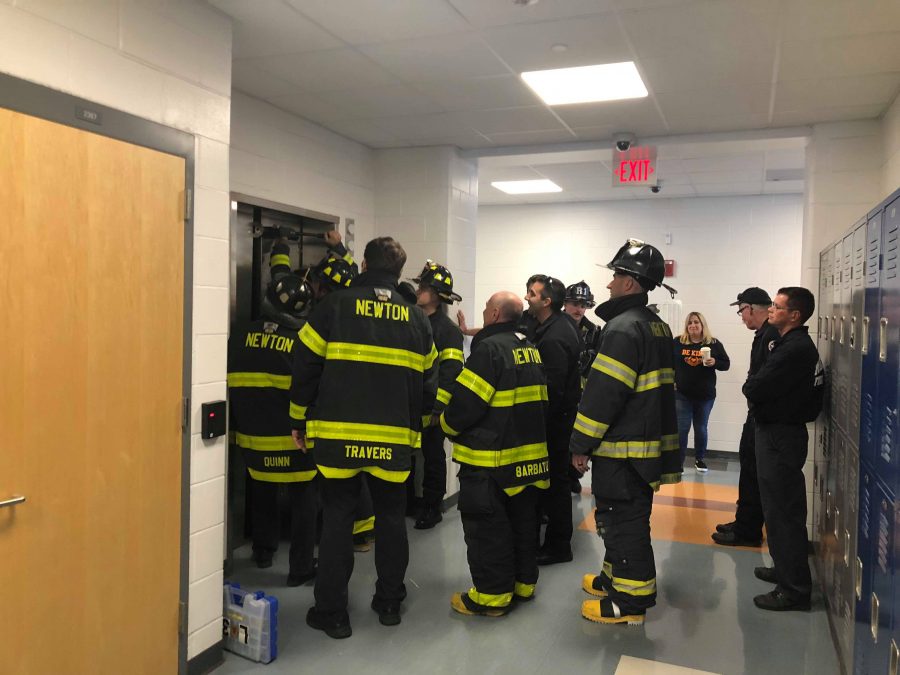 by Jacques Abou-Rizk and Sophie Murthy
Firefighters forced open the doors of elevator three on the third floor to free six students stuck inside during g-block today.
Students inside the elevator pressed the 911 button, which informed the fire department and paramedics.
“The building is ten years old, and things sometimes break,” said vice principal Amy Winston.  “That elevator in particular has broken down a couple times.”
Winston added that none of the students stuck inside had elevator passes.
“My guesstimate is that the students were stuck for about 15 minutes,” Winston said.  “They weren’t supposed to be in the elevator, so I don’t know at what point they decided to press the button.”
According to the Newton Fire Department, the elevator was “locked out and tagged out,” a system of shutting the elevator down completely, while they worked to pry open the doors.  Elevator three will be out of order until the elevator company comes and fixes it.