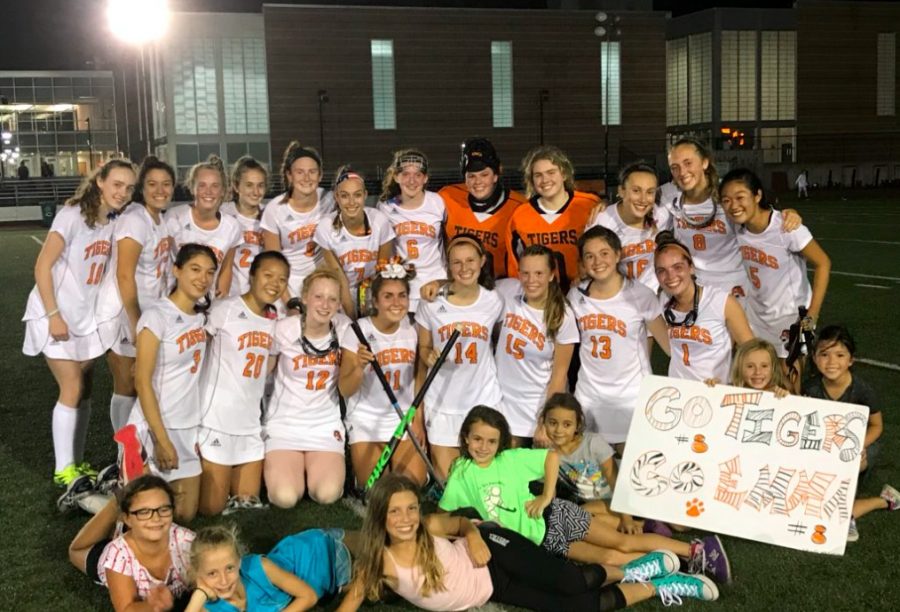 Field hockey defeated Milton 1-0 at home last Wednesday in their annual under the lights game. “The win definitely helped us restore some confidence,” said head coach Kristy Moore.
Junior Gabby Gilpin scored the only goal of the game in the first half off of an offensive rebound during a corner play. “I was really pleased that Gabby took her role as inserter seriously by getting into position to help score after she inserted the ball for our corner play,” said Moore.
Despite struggling for most of the game on offense, North played lockdown defense throughout the entire game. “Our defenders maintained composure in our defensive circle, communicated effectively on recovery, and used strong tackles, and quick clears,” said Moore.
Moore also credited junior Darcy Rougeaux, North’s goalkeeper, for much of the defense’s success. “She had a few clutch saves and strong clears that were what we needed to keep Milton at bay,” she added.
According to Moore, the game was an important step in the right direction. “After three losses in a row, a win definitely helps restore some confidence,” Moore said.
North has already beaten their record from last year, and at 3-5-1, will face Dover-Sherbon today, October 1st.