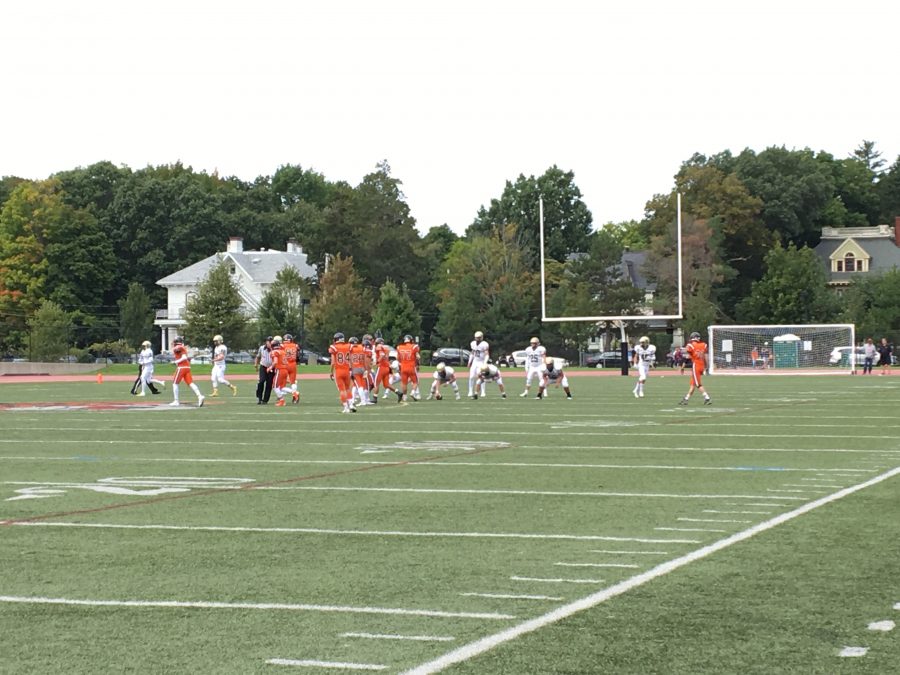 Football lost to Needham 38-7 at home on Saturday. “We couldn’t get anything going on offense, and our defense got worn out as the game went on,” said senior Nick Busa, a captain with seniors Kyle Ray-Canada, Christian Hahm, John Nicolazzo, and Joey Torcasio.
North captured an early lead after junior Andrew Landry threw a 13-yard touchdown pass to Ray-Canada. The momentum shifted after Needham blocked a punt and took control in the Tigers’ territory.
Needham worked themselves back in the game after scoring three touchdowns in the second quarter to take a 21-7 lead at halftime.
The away team kept their foot on the gas in the second half where they scored 17 more points.
North failed to put any points on the board in the final 45 minutes of the game and were held to 118 yards of total offense. “There was a lot of pressure on our quarterback all game,” said Busa.
He added, “We also didn’t do a good job of catching the ball, which led to several interceptions off of dropped passes.”
North will face Wellesley at home on Friday night where they hope to “play more consistently,” according to Busa.