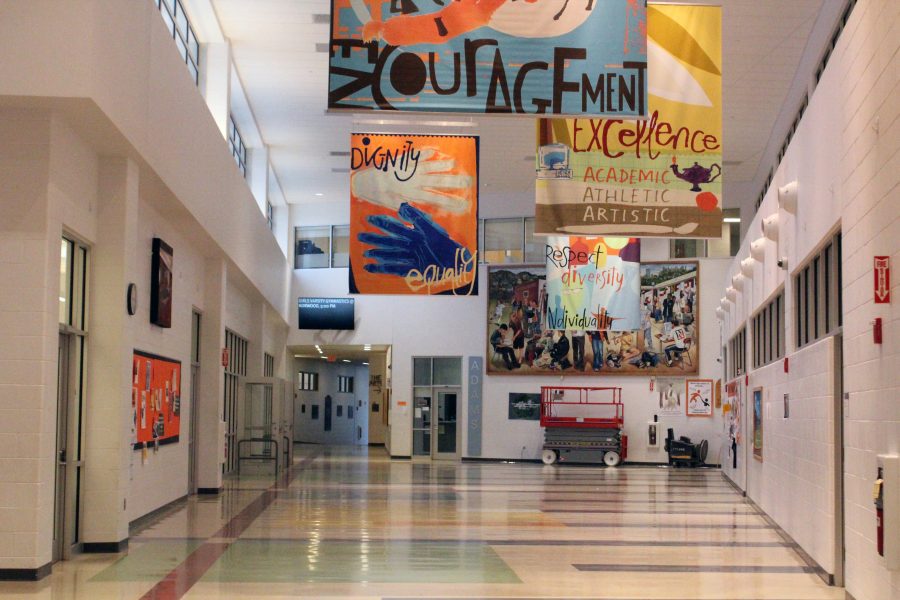 by Sophie Murthy and Hari Narayanan
Main Street and the corridor on Tiger Drive opened to North students during the last two blocks of the day, starting on April 2 after years of discussion within the SFA.
Students will now be able to use Main Street as a “hangout space” in their after-lunch blocks, according to principal Henry Turner.
The move comes amidst growing student calls for more spaces on campus to spend their free blocks.
“Right now there really isn’t a communal space for people to go when they have frees,” said sophomore Dina Gorelik, an SFA representative. “I’m really excited for this to be open and hopefully this will be a great teamwork between faculty and students.”
The new changes to Main Street went through extensive debate over the past few years, according to Turner. “It has gone through three different principals and so that kind of slowed it down. The discussion was reignited by the tensions in the library last year in terms of size and overcrowding.”
Turner said he agrees that students need a place to spend free time and that the new policies on Main Street will make the area a more student-centric place.
Turner also spoke of the responsibilities that come with Main Street’s opening.
“Some things we want to be thoughtful about is making sure that there’s no sense of territoriality, that certain groups can only sit in certain spaces. We want to make sure we’re respectful to the neighbors and when visitors are visiting Newton North, that they are impressed by the type of  community we’ve created.”
However, Main Street’s opening is only the first step in addressing overcrowding at North, according to senior Sam Kesselman, an SFA co-chair.
“The changes to Main Street are a band-aid for a much bigger problem in the city of Newton. When they built the new high school they really didn’t build it with enough space for all the kids that would be in high school. And so the government of the City of Newton really has to think through their planning.”
According to Kesselman, the most recent Main Street debate occurred because of an SFA bill passed last year by current senior Ian Reid, who had been advocating the bill since his freshman year.
Addressing recent student concerns over safety on campus, Turner added that in the event of a lockdown during the last two blocks of the day, students on Main Street would go either to the cafeteria or to the nearest classroom.