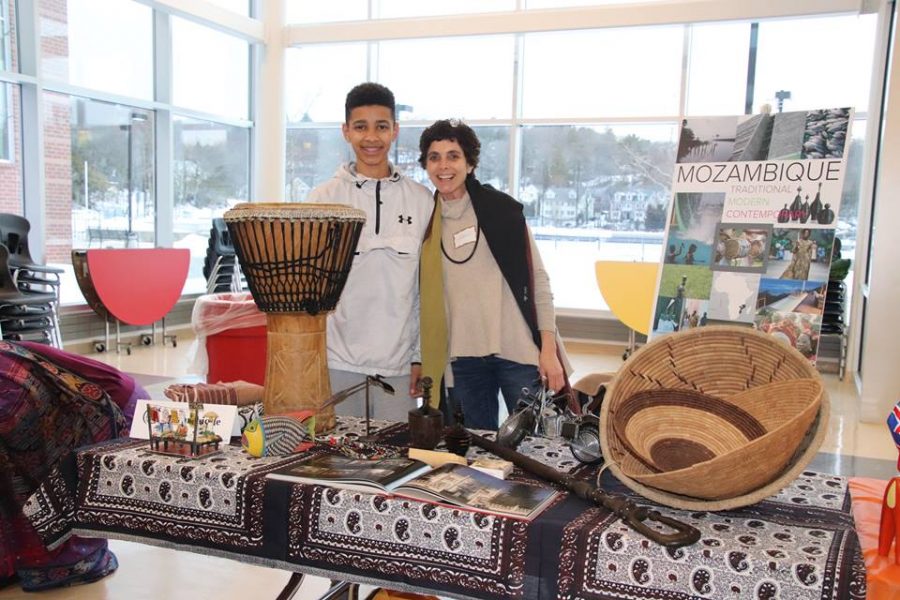 Members of the North community gathered in the cafeteria to celebrate and recognize the diverse cultures of students at North during the first ever Multicultural Night on March 22.
The event was organized by North’s PTSO in collaboration with parents from around the community. In total, 14 different countries represented their cultures, with food and presentations to teach and illustrate each culture.
Pria Sarma, a parent of a junior at North, lead the organization of Multicultural Night with Monika Jain, parent of a sophomore at North. She said it had always been an aspiration to learn about other cultures and Multicultural Night was a perfect opportunity for students and parents at North to do so.
“Not only is this great way to learn about different cultures, but it’s also a great way to build community,” said Sarma. “And what’s a better way to get people together than with food?”
The culture stands included a variety of traditional foods native to the countries as well as different items of significance from each culture. A written explanation was also presented with every stand, providing additional insight and information.
“Representing your own culture makes you feel more connected with your community,” said Ana Kales, a parent of a freshman at North, who represented Venezuela. “Being able to learn about other cultures helps you connect with the world within your community.”
According to Jian, having Multicultural Night also allowed the participants of the event to better appreciate and understand their own cultures, as well as building empathy for other cultures. “Not only should we celebrate our own cultures,” said Jian. “But also the other cultures that make the world go round.”
Jian and Sarma worked with PTSO president Sally Brickell and Global Education Leadership Fund (GELF) coordinator Samantha Mandell to brainstorm and prepare for the event.
Sarma said the event was a success with a lot of energy and participants, especially for the first ever Multicultural Night.
Alex Cheeser, who works at the Scandinavian Culture Center, came to Multicultural Night to share his culture and represent the Scandinavian community in Newton, which he has seen grow over the past few years. He also pointed out the importance of understanding cultures around the world, especially in a place like Newton, where “there is so much diversity and little pockets of all different kinds of culture.”
Despite its large student body, North both recognizes and includes all cultures, according to sophomore Yesha Thakkar, who represented India at Multicultural Night.
“We have a lot of culture clubs, and culture days,” said Thakkar, “which shows how the North community understands and celebrates the diversity here.”
Thakkar also said she hopes that Multicultural Night becomes an annual tradition, to further expose the North community to the different cultures within it.
“Multicultural Night is like a tour of the world,” said Thakkar’s mother Rachana Thakkar. “All of us would love to continue this in the future.”