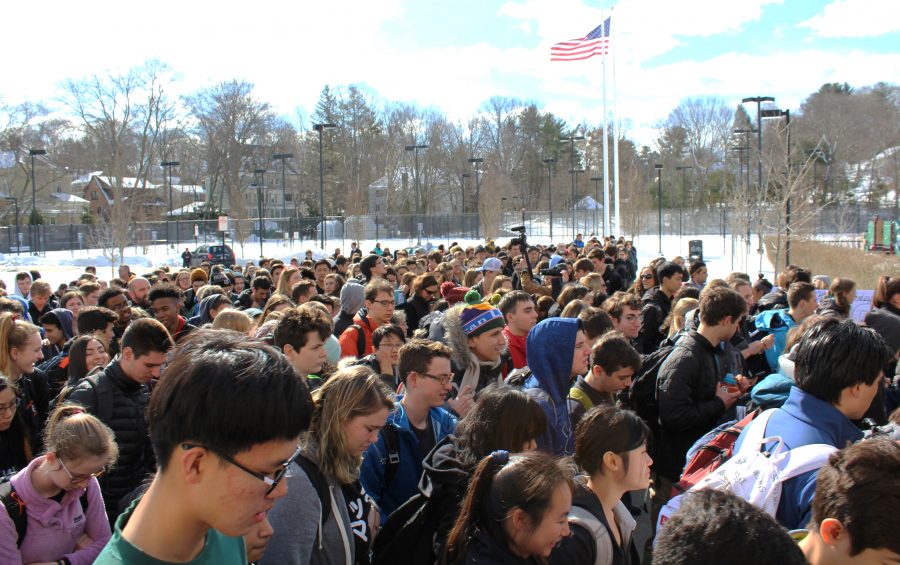 Students concerned about the school shooting at Marjory Stoneman Douglas High School (MSD) in Parkland, Florida are planning this school’s participation in the national walkout to protest gun violence.
“It’s an issue we can’t afford to stay silent on and I’m not going to,” said junior Maya Lozinsky, one of the organizers of the event at North. She added, “When everyone in the school heard of the news, they were shocked at the atrocity.”
During this event, nationally organized by Women’s March Youth EMPOWER, students will walk out of school for 17 minutes in commemoration of the 17 victims in the shooting. At 10 a.m., students will take two minutes of silence to pay their respects to the MSD students. The event will officially end at 10:20 a.m. in time for students to head to their D-block class.
The walkout will take place Wednesday, March 14 at 10 a.m., one month after the shooting. Students will not be marked absent if they choose to walk out, and students who do not wish to participate will either stay in class, or be directed to the cafeteria if their teacher is walking out, according to vice principal Amy Winston.
Junior Maddy Ranalli, another one of the organizers of North’s walkout explained that the Parkland shooting hit close to home for many North students.  “I think after Parkland people have realized this could happen here. Everyone deserves to have school be a safe place.”
Three stations will be set up to help kids show their support for the MSD community, according to Lozinsky.
One station will feature ways to contact legislators, one will feature a poster where students can leave their thoughts about school shootings, and the last will have a poster in support of MSD, Lozinsky said.