Nitrous Oxide delights and thrills in 'An Evening of Sketch Comedy' 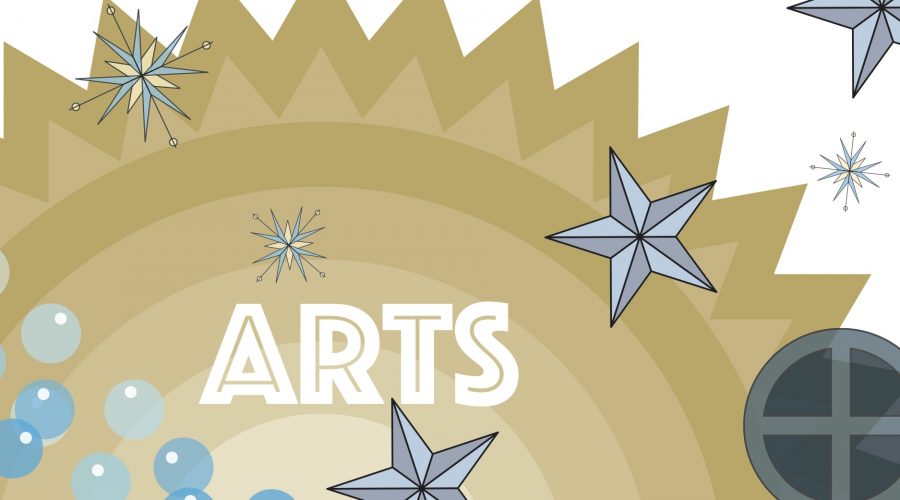 North’s oldest Sketch Comedy Troupe, Nitrous Oxide, presented An Evening of Sketch Comedy in the Little Theatre at 7:30 p.m. on February 8, 9, and 10. The group consists of 15 comedy writers and actors and was directed by senior Andrew Hastings and junior Andrew Ruttenberg. The collection of skits were a hit with students, staff, and parents who went to see the young yet impressive troupe.
The show started with a sketch titled “Opener,” which was a refreshing and unique approach to introducing the performers. After the two directors pretended to wonder where the rest of the cast was, the energetic actors entered in groups of three and fours and gave ridiculous explanations of why they were late such as running into an indescribable monster. By the end of the song, the entire audience was reeling with laughter.
The cast members wrote various skits for the show. “Bongos,” written by senior Will Marsh, had some crazy stunts that made the room gasp with astonishment. The scene was set at a slam poetry club with a bongo player in the background. The bongo player’s drumming feats become crazier and crazier, especially when he broke a bottle against his head. It was later clarified the bottle was made out of sugar glass.
“[‘Bongos’] was my favorite sketch to be in because there was this break-away bottle and all this crazy stuff going on. I just sit there and watch it and try not to break, which is very hard,” said junior Laila Plaster.
The actors also had to do many physical stunts in a sketch called “Whole Foods” by Alford, where two cast members get into a fight at a supermarket.
“With all the physical gags in the sketches, it’s vital to trust each other because you know things could result in injury if they are not done correctly,” said Plaster. “There’s a lot of trust that has to be there just because there’s a lot going on, so we had many cast bonding events.” After rehearsing seven and a half hours a week for five months, all the performers are very comfortable with each other.
There were also some acts that touched upon contentious issues such as global warming and racism. Alford acknowledges the potential troubles of including this brand of comedy, saying, “Putting comedy to controversial topics is kind of a risky thing to do because you don’t know how the audience will respond.”
“Solving Racism” by senior Will Thompson and juniors Maia Alberts and Jaden Prince was a skit that featured three actors talking about what being mixed race means while one made absurd comments. Plaster said, “It challenges the way a lot of people think about things, like from last night’s audience there was a pause between the end of the sketch and the laughter, as if people had to be like ‘oh, is it okay if we laugh at that?’ It’s meant to be funny. It’s meant to show how ridiculous these things are.”
Another audience favorite was “My Singing Monsters” by Téa Baum and Will Marsh. In this skit, a boy tries unsuccessfully to eavesdrop on a group of girls gossiping at lunch. However, whenever the boy is within earshot, the girls immediately stop talking and start doing crazy and hilarious things.
“It’s just a sketch where all of the girls in the cast got to go really wild and be our crazy selves and just do really crazy stuff that the audience isn’t expecting,” said junior Rene Miller. “I think you could just do anything and it’s funny for the audience so I definitely loved to do that sketch,” she added.
The play ended with “Closer Choreographed,” by senior Anna Fischer, which was a continuation of the first sketch, with the cast members now searching for the directors.
Overall, the show was no doubt one of the most impressive productions all year, with enthusiastic acting and hilarious sketches written by its own cast. “You don’t really think that people our age could write great sketches like that but we can and anyone can. It’s really amazing to be like ‘oh, I wrote this, and now people are laughing at it and enjoying being here,’ said Miller, “It’s really cool to see, and it makes people so happy to have other people enjoy their sketches. It’s definitely a feeling I’ve never had before.”