Girls' basketball falls to Braintree in a low scoring performance 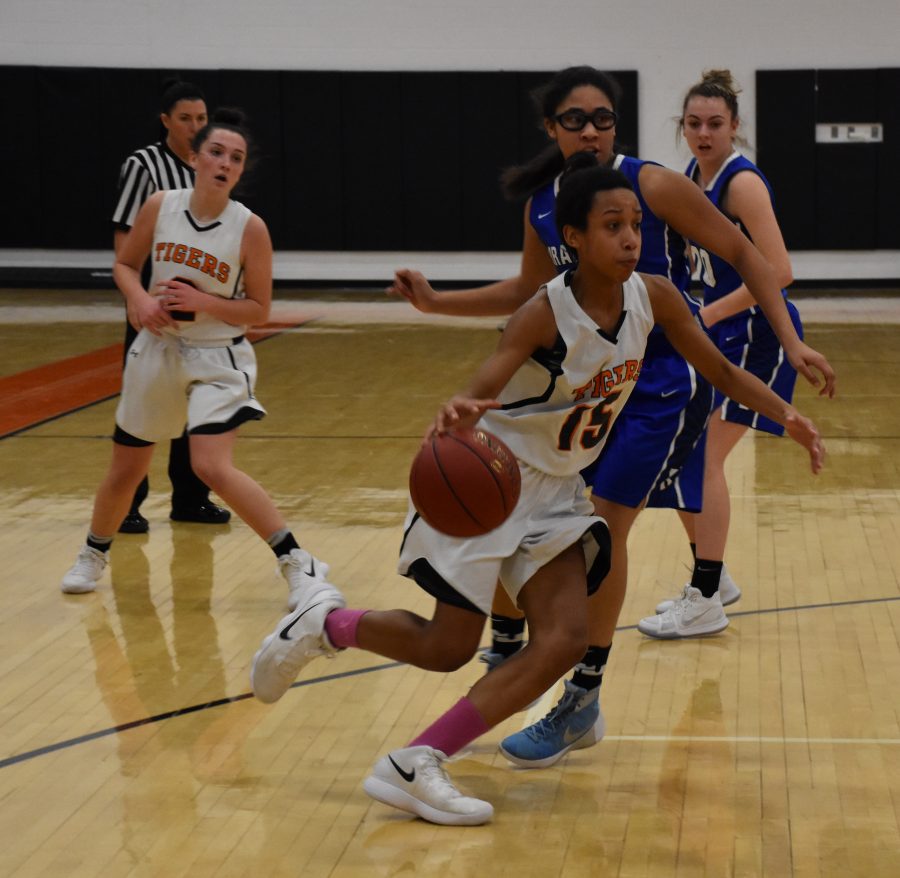 Girls’ basketball, 5-5, lost to Braintree 53-33 at home Friday night. “We’ve been struggling on offense all year, so it’s not a surprise to us that we were in this position tonight,” said head coach Mo Hamel when describing the poor offensive performance.
Even though the Tigers won the opening tip, everything went downhill from there. Despite many offensive rebounds for North, they struggled to find the net, as the Tigers were down 7-6 after the first quarter.
In the middle of the second quarter, sophomore Taylor Bailey converted from midrange after an eight minute scoring drought. After a quick lay-up from Braintree, Bailey sprinted down the court before finding junior Kelley Manley for a three-point shot that pulled the Tigers within 10 points of the lead. Manley finished the night with 11 points.
“She’s a shooter, and she shoots,” said Hamel when describing Manley’s performance. “She got some good looks tonight, and she was able to knock them down,” she added.
The last minute of the half was a different story, as several costly turnovers allowed Braintree to tack on four more points to their lead, making it a 15-13 game heading into the locker room.
“Part of its confidence,” said Hamel when discussing why the team had 22 turnovers in the game. “Coming in we knew that Braintree was physical, and we sort of backed down from them. We were making passive passes which lead to turnovers,” she added.
The third quarter was a continuation of the first half, as Braintree got hot on offense, scoring 24 points. A three-pointer from senior Julianna Landry got the crowd excited, but several more turnovers allowed Braintree to extend their lead to 43-21 with 2:42 left in the third quarter.
For the final eight minutes of the game, both teams played their backups, hoping to give them extra playing time. North found themselves in a bit of a groove on offense in the last few minutes, making shots and getting to the line. However, it wasn’t nearly enough, as the Tigers fell back to .500 on the season.
The Tigers will head to Weymouth on Tuesday, Jan. 23 to take on the Wildcats.