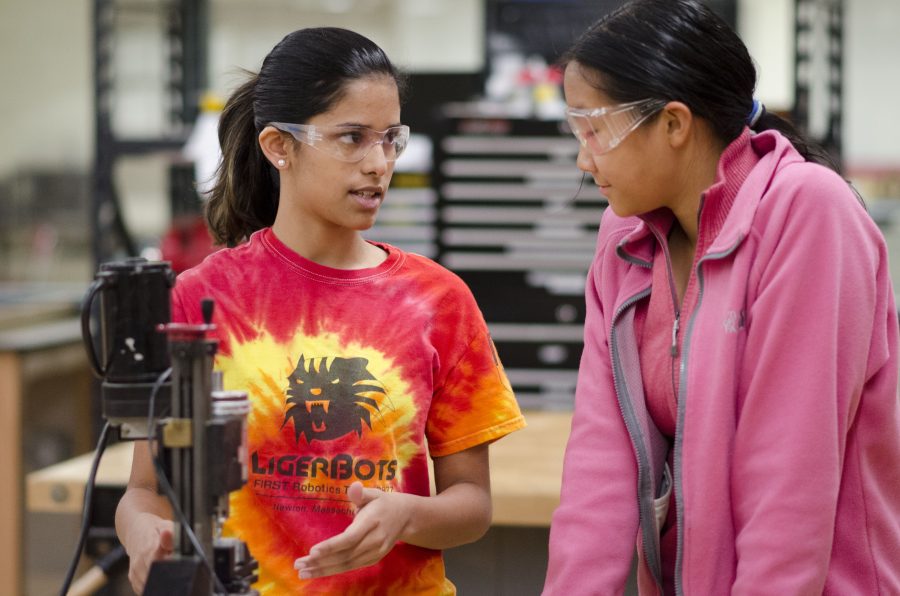 “We want girls building as well as boys,” said South sophomore Sammy Rosenberg, an electrical build leader for Ligerbots.
As part of its outreach programming, Ligerbots organized “Girls + Tools,” an engineering workshop for girls ages 13 through 18, Tuesday, Oct. 17 in the South woodshop.
Female Ligerbots team members taught guests how to use their machinery by building an LED smiley face out of metal blocks.
“We do some woodwork at school and in tech, but I haven’t worked with metal like this,” said Oak Hill eighth grader Jordan Smith-Michaels. “Last year I was on a robotics team, but I was the only girl. Then we went to a competition and there were just three other girls, so I’m excited to be here surrounded by girls.”
According to Rosenberg, the event was both community outreach and preparation for future team recruitment.
“This is a way to say that we want everyone to be involved in this,” said Rosenberg. “An overwhelming majority of our team is actually on the male side, and we want girls to get a chance to meet other girls here instead of walking into a room full of mostly boys and getting scared off.”
The team has made an effort to get more girls to join, yet finds that a lot of girls leave before the real season starts, according to Kayla Swiston, South ‘17, a Ligerbots mentor. .
“It’s really important that girls know that if they are interested in [engineering] it is something that is worth pursuing,” said Swiston.