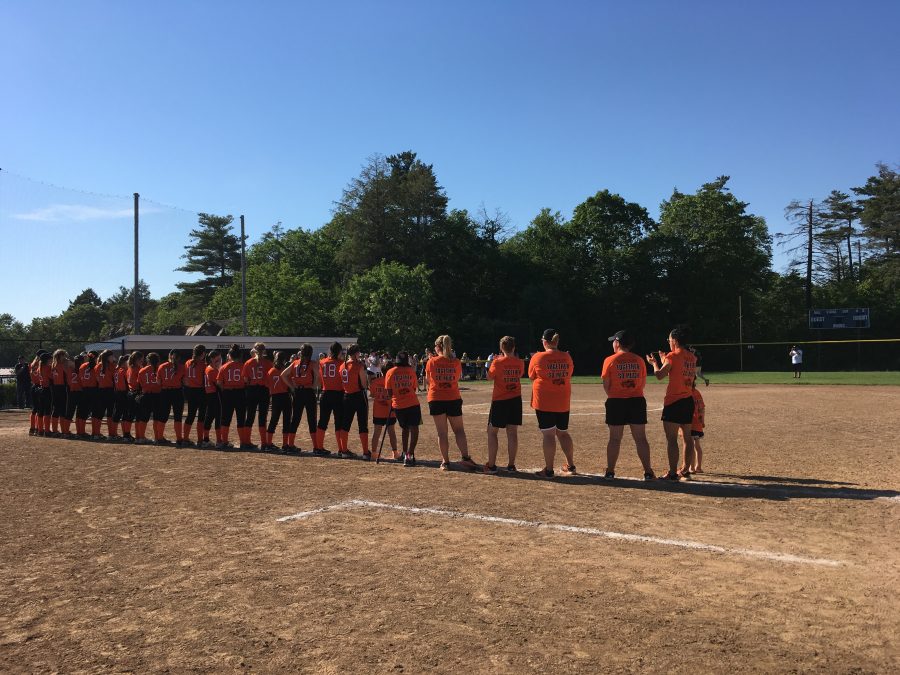 Softball, 21-4, lost the state semifinal game at Taunton High School against Milford (24-1) 3-0, ending the Tigers’ historic season.
After the Scarlet Hawks scored in both of the first two innings and had exceptional pitching from Taunton senior Ali Atherton, the Tigers were unable to bounce back from the 3-0 deficit and continue their season.
The main the struggle for the Tigers was inability to drive in runs, ending the game with ten runners left on base.
Head coach Lauren Baugher said, “One thing we needed to do but weren’t able to was being able to hit with runners in scoring position,” adding that “you’re not going to win many games if you don’t get those runners in and score some runs.”
Senior Elizabeth D’Agostino, a captain with senior Madison Schaefer, added, “we could have capitalized on our multiple opportunities presented to score. Unfortunately, we left quite a few girls stranded in scoring position.”
Despite the tough loss, this is a team that Tiger fans will remember forever after the historic win in the North Division One Finals, according to Baugher. “This group of kids were really special and the senior leadership we had was just incredible,” said Baugher.
D’Agostino agreed by saying “From the beginning of the season, we emphasized a mentality of togetherness and team above self and I truly believe that showed throughout every single game we played this year.”
Moving towards next season, Baugher hopes the team can use the momentum moving forward. She said, “Using this season as experience and using the great group of incoming seniors that know what good leadership looks like, hopefully we are just able to keep things going into next season.”