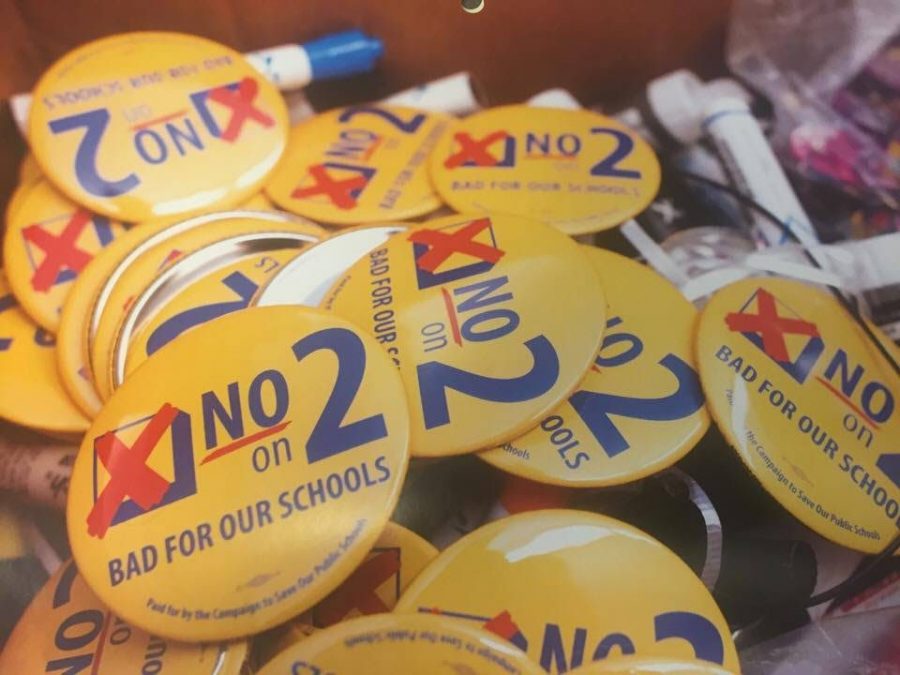 Originally published in print Friday, Jan. 20, 2017.
Just two weeks after Massachusetts voters struck down a measure to raise the cap on charter schools, president-elect Donald Trump nominated as his Secretary of Education one of the strongest pro-charter advocates in the nation. Now, in the wake of an election that has sent shockwaves throughout the country, many Americans—including here in Newton—fear that the face of K-12 education could change drastically over the next four years.
“Donald Trump’s nominee for Secretary of Education and people that support charters and vouchers don’t think education is a public good,” said Newton Teachers Association president Michael Zilles. “They think education should be treated like a car: you get what you pay for.”
Education secretary nominee Betsy DeVos has proposed awarding government funds to private and parochial schools through a voucher system in which children would be permitted to attend at a reduced cost. In her home state of Michigan, she has also advocated the replacement of traditional public schools with charter schools—tuition-free, public schools that receive a special degree of autonomy.
While the notion of vouchers bears little resemblance to any prior national policy, the charter question has long been a point of controversy. Proponents argue that charter schools—with their innovative teaching and management methods—offer top-tier educational opportunities to students who would otherwise languish in troubled district schools. Those who oppose charters, such as Zilles, say that these schools siphon money from traditional public schools, create hostile environments for English as a Second Language (ESL) students and special needs students, and lead to de facto segregation within districts.
In a state where popular views on education are now at odds with those of national policymakers, the question of how charter schools fit into the equation remains pressing.  The issue does not fall neatly along party lines, and Newton residents have expressed mixed feelings.
Consequences for Newton
In the weeks and months leading up to election day, Proposition 2 (Prop 2) became an important topic of conversation among students and teachers. Prop 2 would have “allow[ed] the State Board of Education to approve up to 12 new or expanded public charter schools a year” had the measure passed, according to CBS Boston.
Senior Gregory Brumberg, a student representative to the School Committee, recalled that his history teacher had worn a shirt or button expressing opposition to Prop 2 and that he and his teacher had discussed the matter together.
“I asked him why, and I said, ‘I know that’s the view I’m supposed to have—can you explain to me why I’m supposed to have that?’” Brumberg recounted. “And he explained to me how it [the emergence of charter schools] was taking away funding.”
Following his teacher’s advice, Brumberg ultimately voted “no” on Prop 2. Yet Brumberg said he doubts that a “yes” verdict would have had any direct impact on Newton students.
“A lot of my friends had the same thought that I did—that charter schools take away funds from public schools. But I think that’s a little bit misguided because the bill gives priority to charter schools that would open up in under-achieving districts,” he said. “So I just feel like students weren’t quite informed about that because it wouldn’t necessarily be taking away from Newton Public Schools.”
Brumberg is correct that Newton has not yet become home to any charter schools. However, Zilles said that if Prop 2 had passed, the measure would have “made the emergence of a charter school in our district very likely. They would have tried to open a ‘boutique’ charter, like a language immersion school or a STEM or STEAM school,” he said.
Moreover, individual school districts lack jurisdiction on the charter question, since decisions take place at the state level. “It wouldn’t have mattered if the Newton School Committee had said, ‘we can’t afford that,” Zilles explained. “We would have had to pay for it.”
The funding question