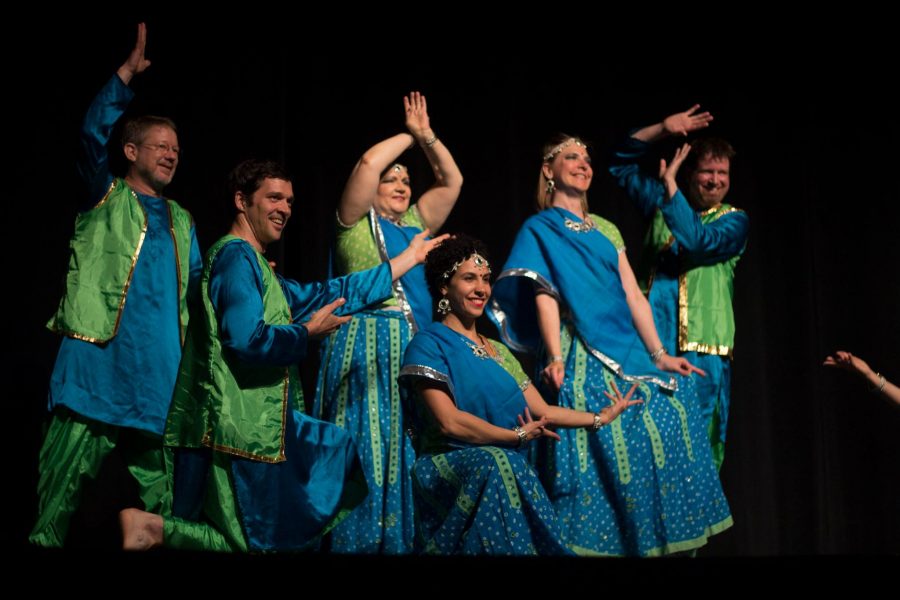 by Nour Chahboun
Students were offered a rare glimpse into their teacher’s lives outside of education at the recent Faculty Talent Show.
Faculty members across multiple departments displayed impressive talents through exquisite dances, songs, and comedic acts in North’s first annual faculty talent show, with proceeds benefiting the Jennifer Price Global Education Leadership Fund (GELF). The show was held last Wednesday at 7 p.m. in the auditorium.
GELF is a program that offers exchange scholarships to students that can not afford the expensive prices but still wish to participate in the trip.
The first act was an entertaining parody of the classic “Summer Nights” from the musical Grease, entitled “Summer Vacay,” performed by eleven teachers in the English department. The parody was popular among audience members because it encompassed a teacher’s typical summer. The amusing blend of bizarre choreography, pitchy tunes, and eccentric props made for a playful act full of uproarious laughter. 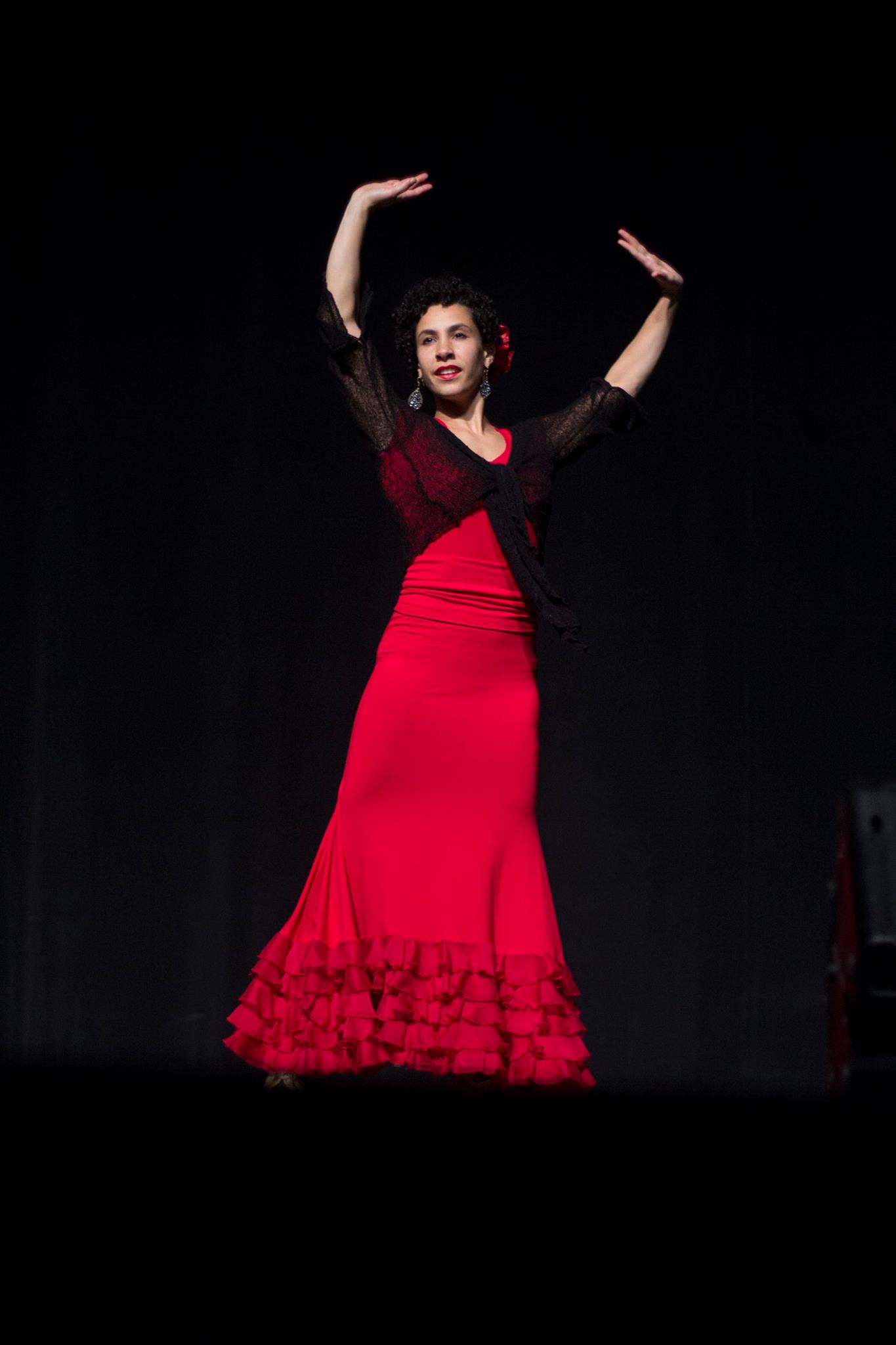 Next, science teacher Sangeet Srikanth performed a Bharatnatyam Indian dance alongside her daughter, Anishka. The pair were dressed in colorful traditional outfits and splendid gold jewelry pieces. Bells placed at their ankles accompanied each step they made, creating a perfectly synchronized number. The song’s rapid tempo showcased the pair’s impressive dance skills in the stunning mother-daughter duet.
Science teacher Arielle Miles and North parent Carol Reichert then executed a powerful Flamenco number to the song “Fandangos de Huelva,” by José Mercé. Before the piece had begun, the audience was told to show praise by yelling “olé!” The incredible dance included splendid footwork, elegant arms, and beautiful Flamenco steps. The number brilliantly ended as the two dancers used sign language to sign the last few verses. 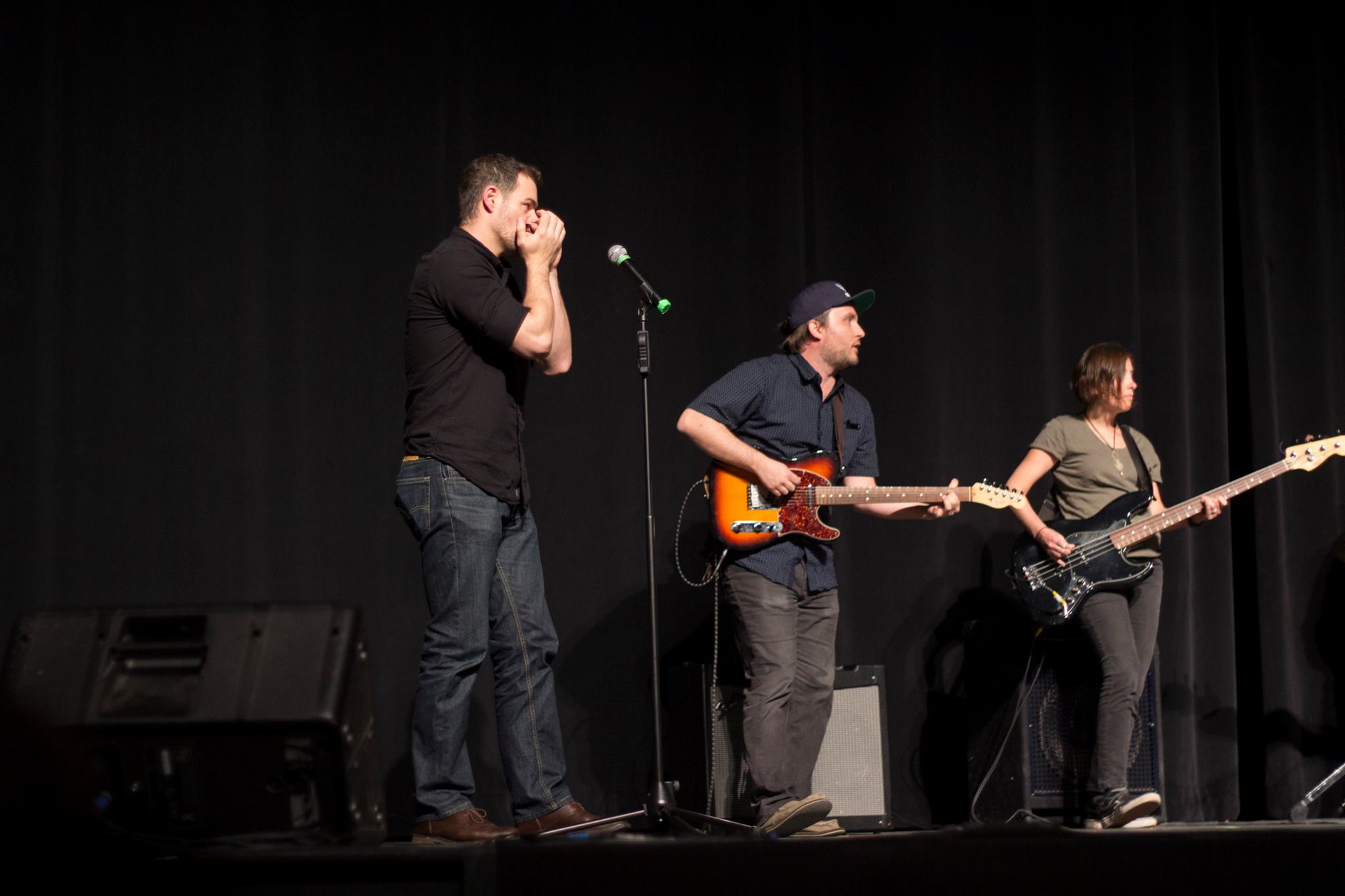 Interim principal Mark Aronson then spoke about the significance the GELF program has imposed on students’ lives. He touched base on his own experience with traveling abroad on the Spanish exchange to Burgos, and the life changing effect it has had on the students involved. Spanish language teacher Dan Fabrizio then interrupted Aronson’s speech and surprised the audience by promposing to Aronson.
After the promposal, science teacher Sheila Eghbali performed a spectacular Iranian dance to the song “The Orb.” Eghbali wore a beautiful red and yellow costume with a jeweled trim at the end of her skirt. Her intricate arm gestures were pleasantly accompanied with peaceful, serene music. With every step, her skirt twirled and expanded gracefully. She then executed an incredibly difficult backbend which made for a fantastic performance.
Next, a group of faculty members lip synced to the song “Uptown Funk” by Bruno Marz. The group was dressed in shiny fedoras and colorful ties and jammed out the the popular tune. The group also showcased their groovy dance moves to the song “Gangnam Style.”
French language teacher Isabelle Ronfard then danced an unchoreographed version of the Tango with Allen Swartz. The dancers portrayed deep emotion through their expressions and performed various difficult, racy moves. The dance was absolutely exquisite and flowed elegantly.
Lastly, the science department performed a jaw dropping Bollywood dance. The act was one of the highlights of the show due to its in-sync choreography and dazzling green and blue outfits. The science department received a boisterous standing ovation from the audience.
The talent show was a humorous show filled with life and laughter.