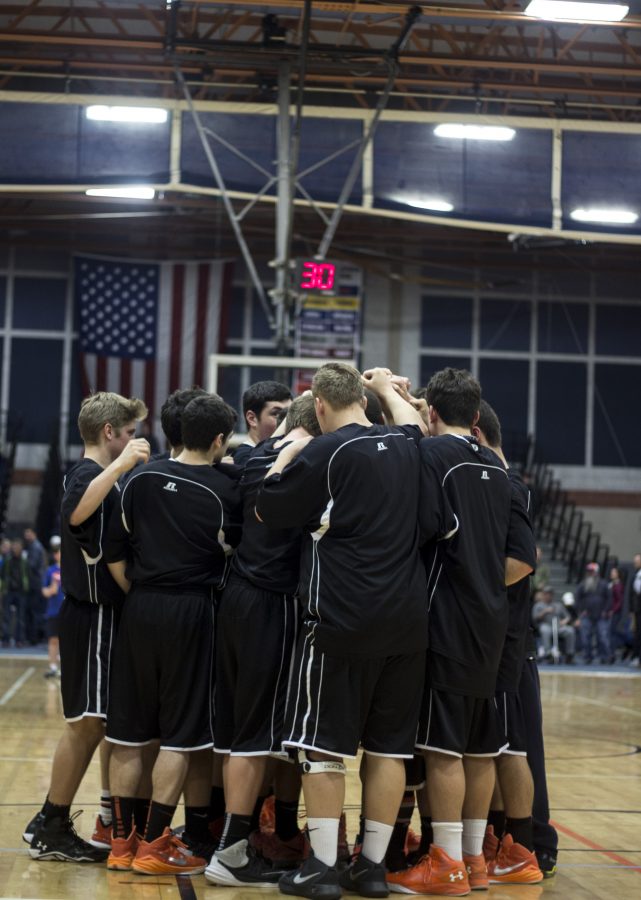 by Jackie Gong, Maya Metser, and Jake Sims Speyer
Anti-Semitic chants before a North basketball game last Friday sparked outrage, in which some fans of the opposing team, Catholic Memorial, started chanting “You killed Jesus.” According to senior Eleonore Kugener, the chants followed North students yelling, “Where are your girls?” and “sausage fest,” referring to the fact that Catholic Memorial is an all-boys school.
Immediately following the game, Catholic Memorial staff present at the game had students involved in the chant personally apologize for the remarks to interim North principal Mark Aronson.
According to Aronson’s intercom announcement Monday during A-block, the Catholic Memorial administration stopped the chanting and assured Aronson that they were “mortified by their fans’ behavior.”
“It’s horrible how they thought it was an acceptable chant,” said Kugener, who was present at the game. “It makes me uncomfortable to think that a group of people would offend a religion to get at another team and more specifically the fans of Newton North since neither basketball team was on the court.”
Aronson said in an interview that “Catholic Memorial administrators are taking this very seriously. I believe that they are trying to find out who instigated the cheers, and I also believe that they are telling their fans that they are not permitted to attend tonight’s championship game.”
The story, which has made it to televised news stations and national publications such as the Washington Post, has garnered attention all around the country.
Throughout the school day Monday, many students voiced concerns but also wondered whether it was an overreaction.
Sophomore Gabe Kotsonis, who did not attend the game, does not believe the chants deserve all the nation-wide attention it has received in the media lately. “It’s made headlines in media outlets all across America, and now in Sydney, Australia, and I just don’t think it should,” he said. A Jew himself, he believes “it was an inappropriate comment that shouldn’t go unnoticed, but it’s been made a much larger deal than it has to be.”
Senior Jackson Wade had a similar comment, agreeing that the national attention is “just ridiculous.” He was at the game and is “okay with the punishment handed down” to Catholic Memorial students. “I guess we were all surprised but didn’t know the history of the misconception that Jesus was killed by the Jews,” he added.
“We’re in the process of beginning the conversations to address what needs to take place in our school,” said Aronson. “I think that whatever we put in place, I would like it to have some permanence so every few years we’re not having to address situations where we haven’t behaved as well as we could because we haven’t been having ongoing conversations.
Aronson said in his announcement Monday that he will be holding a faculty meeting Tuesday during which he will also address the anti-Semitic graffiti found in some of this school’s bathrooms as well as the racist questions submitted to BLAC Day last Friday.
“I want to be clear that we, as any community in the country, have our own issues to deal with,” he said. “I think the best way to deal with them is openly and honestly.”
Article compiled with help from Samantha Fredberg and Lucy Lu.