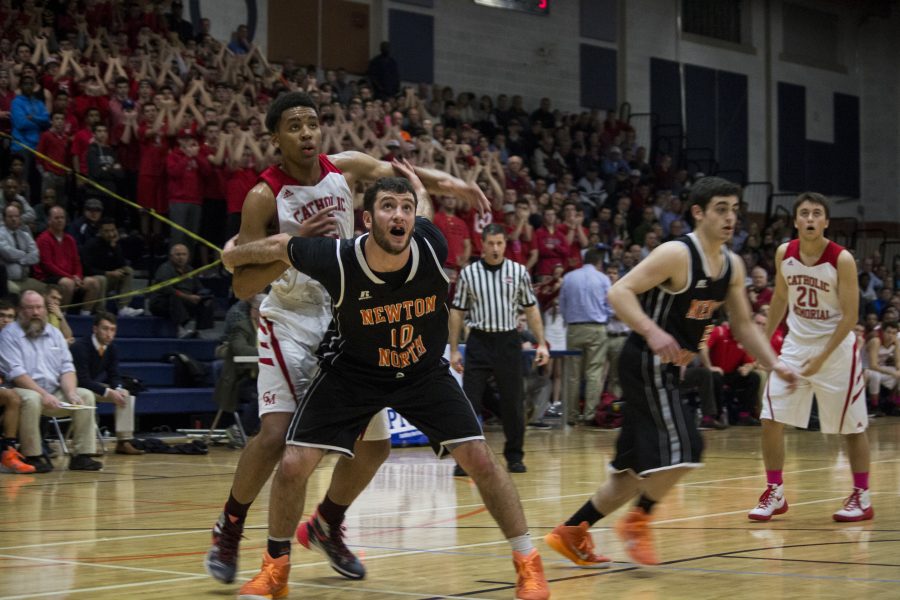 by Jonathan Cohen
Senior Michael Davis’ three-pointer in the second quarter helped the Tigers to put a stop to the Catholic Memorial run and get the momentum back in their favor. However, despite a great game, the Tigers fell just short and lost 77-73.
According to senior captain Michael Gately, a captain with senior Nate Hollenberg, said, “It was a tough loss to swallow. The game came down to who would make more plays down the stretch, and CM made a couple more than we did, and they won the game.”
Hollenberg and Gately both stressed that the team was, “so close to winning,” and the game could have gone either way.
Both captains also expressed their happiness with the team’s success this season.
Gately added that Hollenberg, Davis, and sophomore Ethan Wright “led the team the whole way and they led us the entire season, I can’t say enough positive things about them.”
Hollenberg added “I am just so proud of the team overall. We proved so many people wrong this season, and I think that is what is most important.”
“We worked our tails off every day in practice and really improved from the beginning to the end of the season,” added Hollenberg. He also stressed that the team improved and surpassed all expectations set for them.