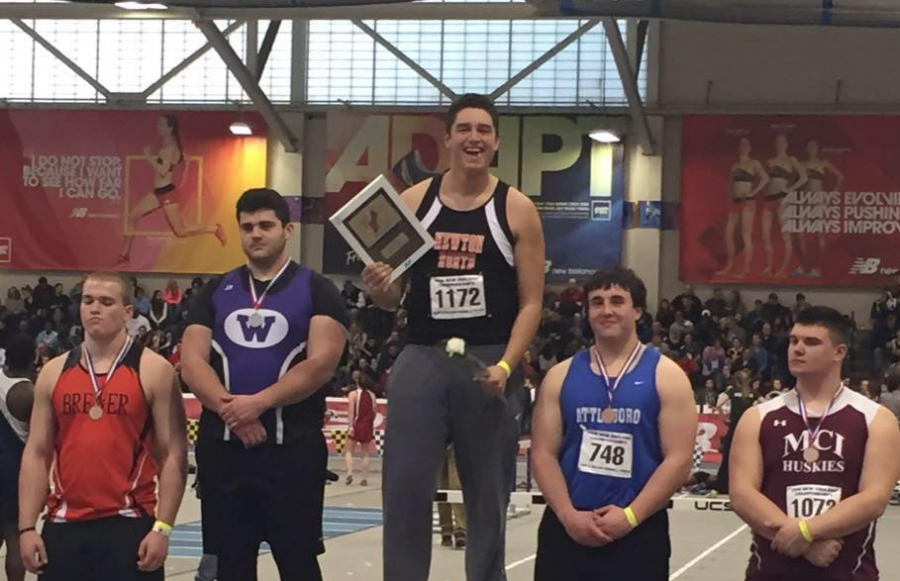 By Jonathan Cohen
Boys’ indoor track senior captain Eddy Acuna won the shotput event at the New England regional indoor track meet Sunday with a throw of 57 feet-one inch. Acuna’s throw won the meet by about two and a half feet, a larger margin than most meets of the season, he explained.
The Tigers also had senior Jared Prior compete in the meet for long jump.
For Acuna, the achievement “was great” and a “big accomplishment,” as he was able to reach his goal that he set “at the beginning of the season.”
He attributed much of his success to his shotput coach Mike Bower, stating that Bower “had a lot to do” with his success and that “he is always there to help me.”
Finally, head coach James Blackburn gave his take on Acuna’s success. “He works hard to be the best,” said Blackburn, which, according to the results, “he is.”