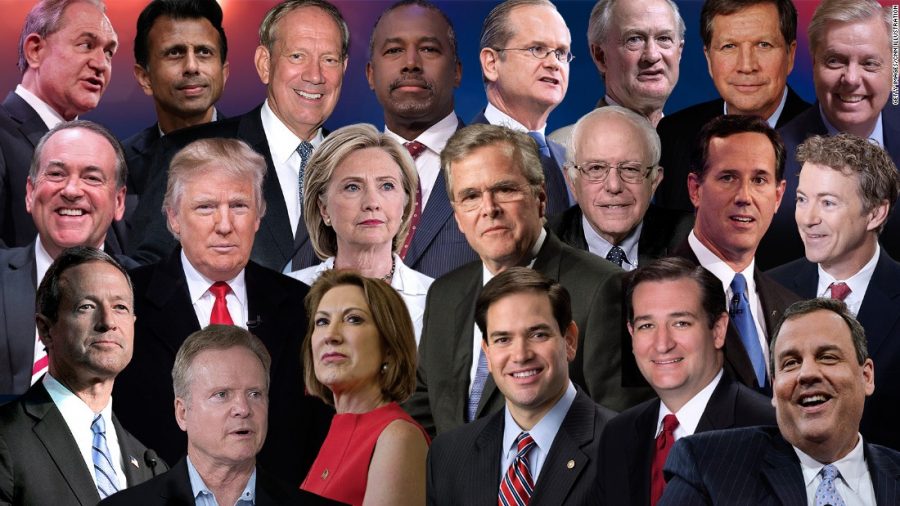 by Adam Clements
“Trump: America’s modern Mussolini.” “Trump’s call to bar Muslims stirs bipartisan anger,” read two recent Washington Post headlines. The newspaper’s website is dominated by one name: Donald Trump. Trump’s coverage is severely disproportionate to what he should receive, with other candidates hardly ever getting a headline to themselves in comparison.
When the media focuses so much of its attention on every bigoted and controversial statement that comes out of the mouth of Trump and many of his opponents, it takes the presidential election, an event that impacts the entire world, and turns it into little more than a reality show.
Frankly, from a layman’s perspective the legitimate political views of the fourteen Republican candidates are entirely unclear. Perhaps the most controversial of their social views are well-known, but it is difficult to discern what each candidate’s presidency would actually mean for the country at large. Even among the ideas that are widely publicized, many are quite unrealistic.
More than any of their realistic ideas, I remember the childish insults the candidates frequently tweet at each other, that Donald Trump wants to build a wall across the nearly 2000-mile United States-Mexico border, and that Ben Carson thinks more guns would have prevented the Holocaust. While such statements should receive some degree of publicity, the monstrosity of the situation is that such controversial and outlandish ideas and tactics have often taken center stage, bringing significant attention and popularity to whichever candidate can be the least politically correct.
Besides the ideal solution that we do not have candidates who act like buffoons being taken seriously as potential presidents, the best we can hope for is that the media and country at large stops giving them incentive to behave in such a way. This is not to say that political figures should be dull characters without personality, however as people with potential to have a huge influence on our country, their first priorities should be elsewhere.
The information reaching the public at large is valuable. However, the focus often does not extend to the less dramatic, but more important, parts of the 2016 election. News media coverage has been incomplete and unproductive. It leads to a cycle of publicity stunts by candidates and excessive coverage by media that fails to properly inform the American people on a matter that concerns each one of us. It is up to both the candidates and the media to stop treating the presidential election as a joke and treat it like the serious matter it is.