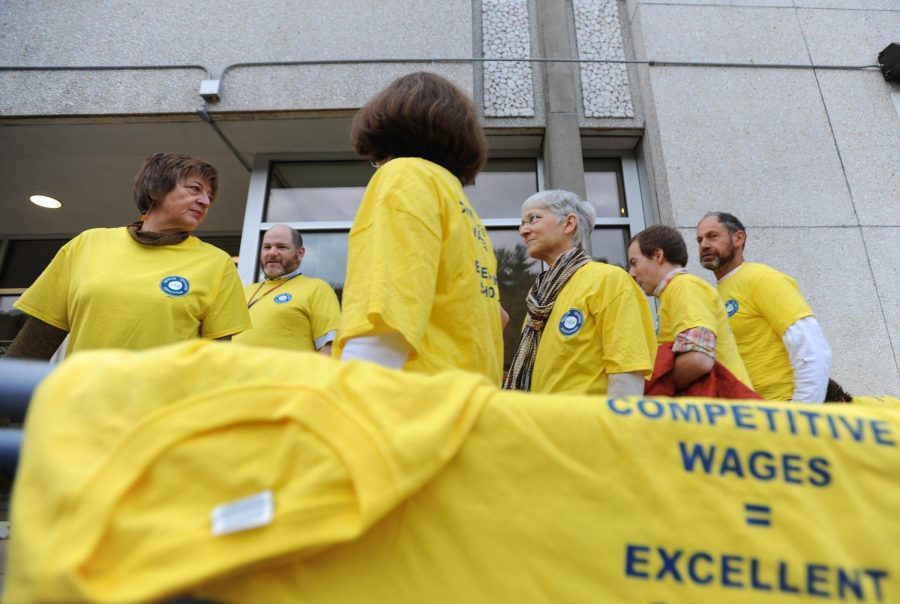 by Emily Moss
After negotiating for over a year and a half, the Newton Teachers Association (NTA) voted Sept. 2 to approve a tentative agreement with the School Committee regarding the upcoming teachers’ contract.
“We’re happy that we have reached an agreement with the NTA,” said School Committee chairman Matt Hills. “We’re in the process of finalizing the language and look forward to moving ahead.”
According to Hills and NTA President Mike Zilles, the School Committee may vote on the contract as early as Sept. 16 if the contract is finished.
Zilles said he feels that the new contract will enable Newton to become more competitive as a school district, enhancing its ability to recruit and retain teachers.
Reflecting on his experiences with the negotiation process, Zilles noted, “The biggest wish I heard from people is that we not do this again over [the course of] a whole year.” He added that although the duration of the negotiations has been similar in the past, this is not typical in other districts and should not be considered “normal” in Newton.
“Part of what we’re going to have to do is start earlier,” said Zilles, noting that in the future, the NTA will make an effort to reach out to the community well before the teachers’ contract expires.
He added, “We hope the School Committee learned something from this too and will realize that we need some raises. But we can’t count on that. We need to be proactive.”