Kanye and Friends: Drake's "If You’re Reading This It’s Too Late" 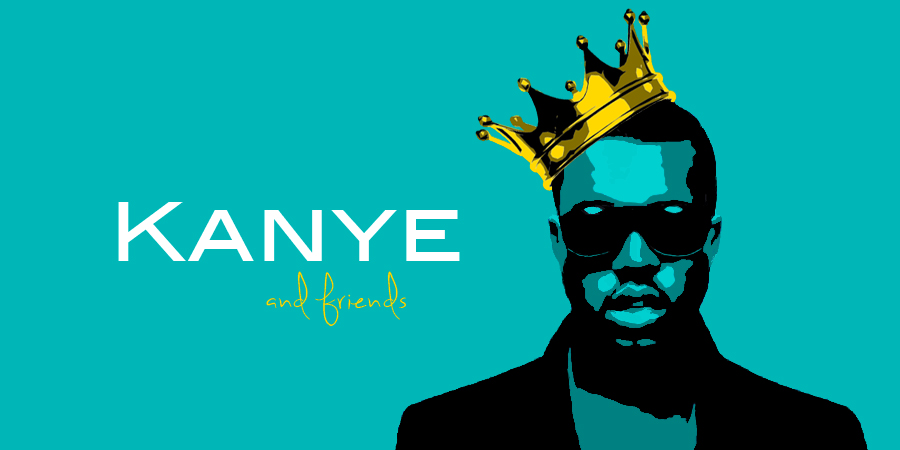 by Adam Clements
Popular musician Drake released a project essentially out of the blue on February 12. Cryptically titled If You’re Reading This It’s Too Late, the mixtape was quietly released to digital music services late at night, with no prior announcement or promotion.
The project, Drake’s fifth major release, was billed as a mixtape. This usually indicates a collection of new songs that are released digitally for free. Nevertheless, If You’re Reading This It’s Too Late has been sold commercially, a form of distribution usually reserved for albums. It quickly climbed to the top of “trending” lists on social media websites such as Twitter. Only three days after its release, the mixtape had sold nearly 500,000 copies, further cementing Drake’s status as one of the most successful artists of this decade.
Mostly utilizing the slow, mellow sound he is well known for, If You’re Reading This It’s Too Late features Drake sounding more confident than ever before. Earlier releases from him have been emotional and largely focused on relationships, but that takes a backseat here to more boastful material. Drake spends much of the seventeen songs bragging about his success and talents. Countless times throughout the project, he expresses feelings that none of his peers are operating at his level.
On mixtape opener “Legend,” Drake proclaims “if I die I’m a legend,” barely a minute into the project. The following two tracks, titled “Energy” and “10 Bands,” express similar sentiments. Essentially the entire first half of the project features more of the same, combined with various homages to his hometown of Toronto, which he has recently coined as “The 6.” The project is littered with references to the city, with five of the seventeen song titles containing the digit “6.”
Although the subject matter of the first few tracks is largely repetitive and unoriginal due to generic content, the songs contain some of Drake’s best lyricism, keeping them somewhat interesting. However, the true highlight of early tracks comes from the production standpoint. Excellent contributions from frequent collaborators such as Noah “40” Shebib and Boi1da set a pleasant tone for the tape that continues throughout. Well-timed beat switches on early highlights such as “Know Yourself” and “Star67” change the pace of If You’re Reading This It’s Too Late just as it begins to drag along, providing an engaging and unpredictable listen.
In later portions of the mixtape, diversity from one track to the next increases considerably. More upbeat fare such as “6 God” and “Used To” are sure to be club favorites, while “Preach” and “Wednesday Night Interlude” are more R&B-focused moments on this hip-hop dominated project, highlighting the skills of Drake protégé PARTYNEXTDOOR, who is featured on both tracks.
The project ends with three impressive standouts, “You & the 6,” “Jungle,” and “6PM in New York.” “You & the 6” is an emotional ode to Drake’s mother, one of the few places on If You’re Reading This It’s Too Late where Drake allows his sensitive side to take center stage. Follow-up track “Jungle” is a mellow contemplation on a struggling relationship. Although this is not a new topic for Drake, “Jungle” is one of his best takes on the subject. The mixtape closes with “6PM in New York,” a hard-hitting attack on Drake’s enemies and the many musicians he feels are inferior to himself.
Although If You’re Reading This It’s Too Late fails to reach the standard set by Drake’s studio albums and contains marginal innovative material, it is a healthy enough dose of the artist’s signature sound to hold fans over until his upcoming album. The album is titled Views from the 6, and it’s release is rumored to be coming later in 2015. There are disappointing lows in addition to the outstanding highs, but the project is sufficient to further solidify Drake’s position in the top tier of modern popular music, and he seems poised to remain as a dominant force in the industry for many years. Regardless of quality, which ranges from outstanding to mediocre, it’s hard to deny that most of Drake’s boasts are well earned and often accurate. It’s not his best work, but If You’re Reading This It’s Too Late is satisfactory for the moment and worth a listen for Drake fans.