Letter to the Editor: American education has lost competitive edge 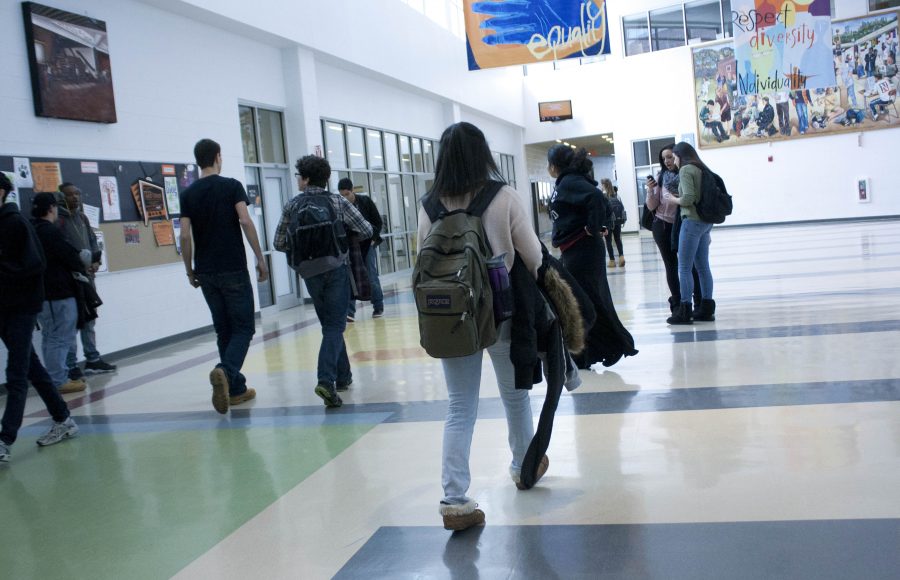 Dear Editor,
North’s academic standards are slowly receding into oblivion.
“But North was ranked 40th in the state and was awarded a silver medal by the U.S. News & World Report!” you might rightfully protest. “North ranks well, thanks to the hard work of a dedicated community of teachers, students, and administrators.” True!
I believe that American schools (North is no exception) have been sitting on their wilting laurels for too long. Academic standards have been experiencing a slow decline that shows no sign of letting up. A quick look around the world might put things into perspective.
Take Lebanon, for example—yes, that quirky country just west of Syria. Lebanon has had a tumultuous past. In the past century alone, Lebanon witnessed the arrival and departure of at least four foreign occupying armies, a civil war, various regional conflicts, and independence.
I have been fortunate to spend time immersed in multiple cultures and societies, and I spent time in Lebanon after leaving North’s Class of 2015 a few years ago. Lebanon’s educational system might be best described as robust. In its mainstream, government-mandated form, all students must pass official exams at the end of ninth grade (Brevet) and 12th grade (Terminal). Students eventually join one of four tracks: Philosophy, Sociology & Economics, Life Science, or General Science.
I chose the Life Science (LS) track, as I hope to study chemistry or medicine later on. My courses include Arabic and English, philosophy, history, geography, civics, mathematics, physics, chemistry, and biology. All of us LS students take all of these courses, all at once—note that we take all three science courses (which demand five or six periods per week apiece) simultaneously. Speaking from personal experience, these courses are above the touted level of Advanced Placement courses. Freshman year at university is almost non-existent here—most students take three years to earn a Bachelor’s degree.
We are assigned little homework, in spite of—or perhaps because of—this mammoth load; studying for two hours per night, or less, is common.
Fuming yet?
The data are damning. The World Economic Forum’s 2013 Global Information Technology Report ranked Lebanon fourth worldwide in terms of quality of math and science education, and tenth worldwide in terms of the quality of its educational system despite its relatively poor use of technology in the classroom. Interestingly, the U.S. was ranked, in the same report, 47th worldwide for math and science education, and 28th worldwide in terms of quality of the education system.
Why? Why is such a disadvantaged nation so far ahead?
You might pin it down to Lebanon’s resilience in the face of adversity, or maybe underfunding in other schools around the world. The difference might come down to priorities. Lebanese students are consistently expected by parents and teachers to excel—studying is generally a sacred institution that must not be questioned.
I hope that this letter will serve as a wake-up call. I salute the members of the community who are already aware of—and campaigning for—this issue.
I pray that North’s leaders and hard workers debate this critical topic. Why do only 42% of North’s students sit for AP exams? Why must many students hire private tutors? Why are the math and science standards so poor that many folks enroll in private math schools? Why are more students not taking multiple science courses at once? Why is overly time-consuming written work emphasized? How can our already-excellent school lead the reforming charge?
These and other crucial questions must be addressed if American education is ever to lift itself from its current stagnancy and properly prepare its students for college and beyond.
Sincerely,
Georges Chedid