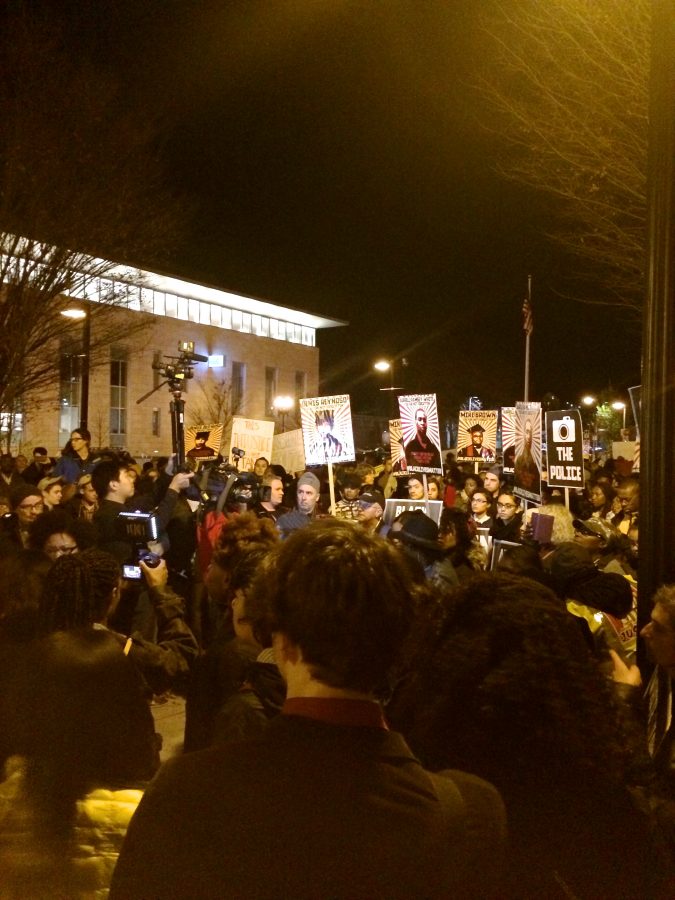 “This is definitely an eye opener that something has to change. This isn’t the first time [something like this] has happened, and it is sad to say we all know it won’t be the last,” said Knight.
Knight explained that wearing black helps force adults and students alike to pay attention to the injustice of prior night’s verdict. “It’s one thing to hear about it, but seeing us react makes it more real for everyone. It’s hard to ignore something when everybody is talking about it.”
“It’s important for students to take charge because this is our generation, and it’s our time to step up,” Knight concluded.
For students who are looking to take action against racism, there are a lot of ways to get involved, said Abramson. “It could be as simple as educating yourself about the problem at hand or just talking about it on social media.”
Abramson explained, “Understanding the simple fact that racism has not died is the biggest most important step in my eyes. By taking action we are not only saying we are aware, we are actually informing others about the situation.”
Senior Kerry Brock, a member of BLAC, wore black today and attended tonight’s protest. As a white student, Brock said she believes that “it’s important for white students to actively support the actions students of color are taking, not to lead their own actions.
“They should listen to [students of color] and really try to understand the experiences of their peers who are racial minorities.”
[divider]Attending The Protest[/divider]

Tonight, over a thousand people gathered to march through Boston in protest of the jury’s decision to not indict Wilson. Among these demonstrators were a number of North students, including Brock, Knight, and seniors Peter Diamond and Sadiq Ervin.
Rallies “are important because it’s a chance to for people to get out and be heard,” said Knight. “It’s a way for those on whatever side—in this case Michael Brown’s—to know they have people backing them up.”
The rally was organized by Black Lives Matter Boston. Knight described that the rally began with people sharing their experiences via microphone. Stories ranged from a protester’s account of being fired from a job due to her beliefs, to a woman’s narration on what it was like to be alive for the assassinations of Malcolm X and Martin Luther King, Jr.
Throughout the march, protesters chanted things like “No justice, no peace, no racist police” and “Black lives matter,” said Knight.
“For me, I felt empowered, but a little intimidated,” Knight explained. “I’m always seen as the loud and outspoken black radical. But during this rally, there were people doing 10 times more than I ever had.”
“Protests force people to open their eyes and know people are serious,” said Knight.
Knight also commented on the diversity of the population present for the rally, saying that there were large groups of Asian and white protesters. At the rally, Knight had the “chance to see that people aren’t just talking on social media—they’re [actually] out there.”
Participating in rallies such as this one is very important, Knight said. “Protests force people to open their eyes and know people are serious.”
Delete Image
Align Left
Align Center
Align Right
Align Left
Align Center
Delete Heading