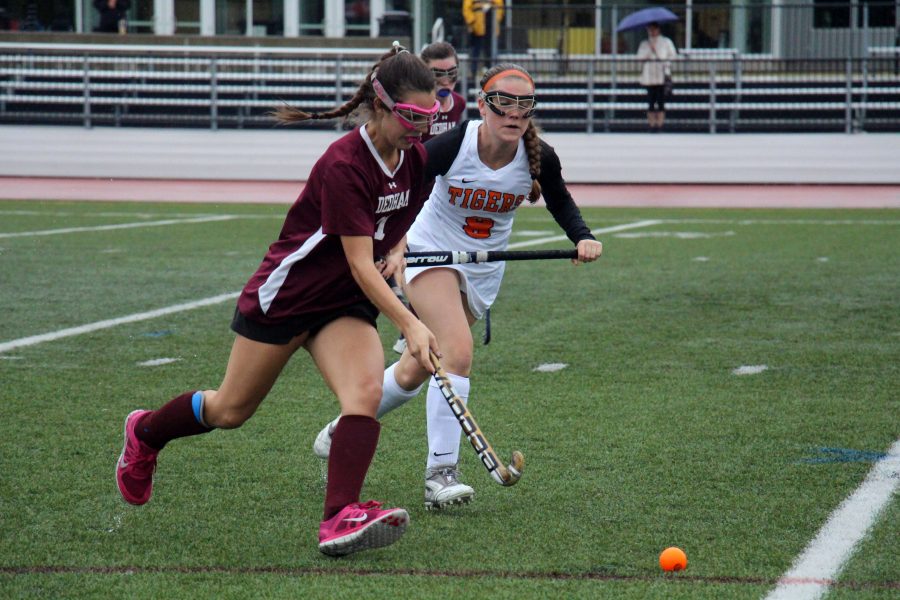 by Andrew Mannix
Field hockey (9-7-3) lost 1-0 to Acton-Boxboro (18-0-1) on the road ending their season Friday afternoon.
The 16th seeded Tigers knew from the beginning that it would not be an easy task playing against the top seed.
“We went into the game knowing that we were clearly the underdogs but we decided to just have fun rather than think of it as a tournament game, and I think that that really helped us stay motivated,” said senior Lea McDade.
Last year, the Tigers failed to miss the tournament by only one point, but this year they made it two rounds deep with a first-year coach.
After holding Everett scoreless in the first round, junior goalie Livi O’Connor was impressive, only allowing one goal to the top-seeded Acton-Boxboro.
“Livi kept us in the game and saved countless goals from going in. She really saved our team,” said McDade.
Protecting O’Connor, junior Sydney Beatrice played extremely hard defense and helped the team get the ball out of the defensive zone.
“I’m extremely proud of the season’s outcome and how far we made it.” said McDade.