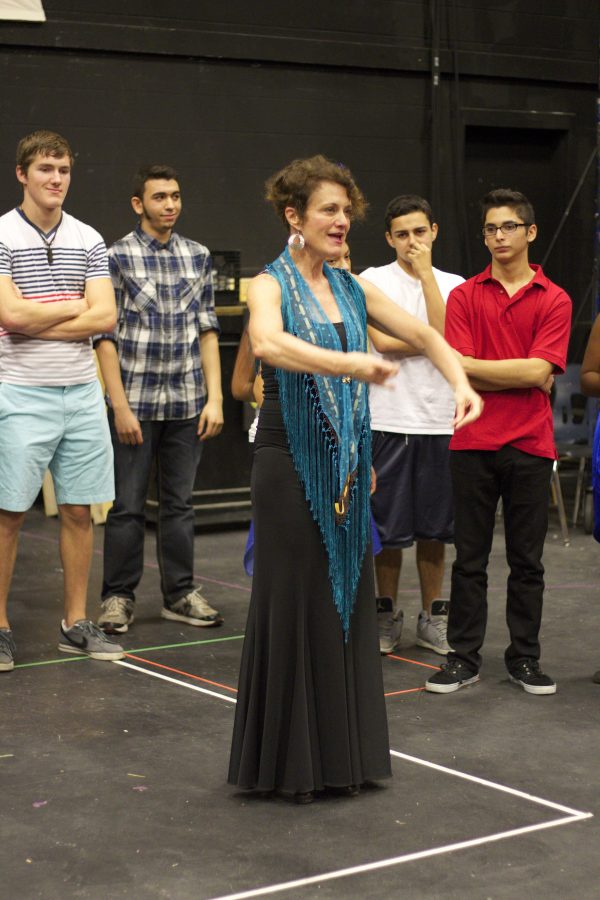 by Jacob Sims Speyer
Four panelists discussed their Hispanic background during Hispanic Heritage Day B-block Wednesday in the little theatre.
The speakers, spanish teacher Ana Tellado-Schiff, English teachers Alicia Carrillo and Liana Kish, and science teacher Ana Rasetti-Pacios, answered questions pertaining to their cultural identity. The event was lead by spanish teacher Cristina Schulze and moderated by spanish teacher Daniel Fabrizio.
The program, marking the final day of Hispanic Heritage Month, was the first of its kind held at this school.
Born in Puerto Rico, Tellado-Schiff came to the United States when she was fourteen. Tellado-Schiff discussed how she was quick to be labeled by others. “People try to classify [me]. People are picking the box [in the census] for me.”
Although Kish lived in the United States for almost her entire life, she was also born in Puerto Rico. Kish described how she felt there were “less boundaries” amongst her South American family, who would camp out on her living room floor instead of staying at a hotel.
Carrillo’s father was born in Puerto Rico. When asked what she missed most about Hispanic culture, she said, “I miss the smell of the kitchen,” which was met with laughs. Carrillo also described a time in which she was not invited to Ballroom Dance for her high school because her name sounded “Italian.”
Rasetti-Pacios was born in Argentina before she moved to Spain at eleven. Rasetti-Pacios made the decision not to speak for a full year “so I wouldn’t stand out,” she said.
She also discussed social relationships within Spain and their difference from those in the U.S. “You don’t have all these organized activities after school to help socialize… that’s unthinkable,” she said.
Delete Image
Align Left
Align Center
Align Right
Align Left
Align Center
Delete Heading