Boys' tennis off to slow start 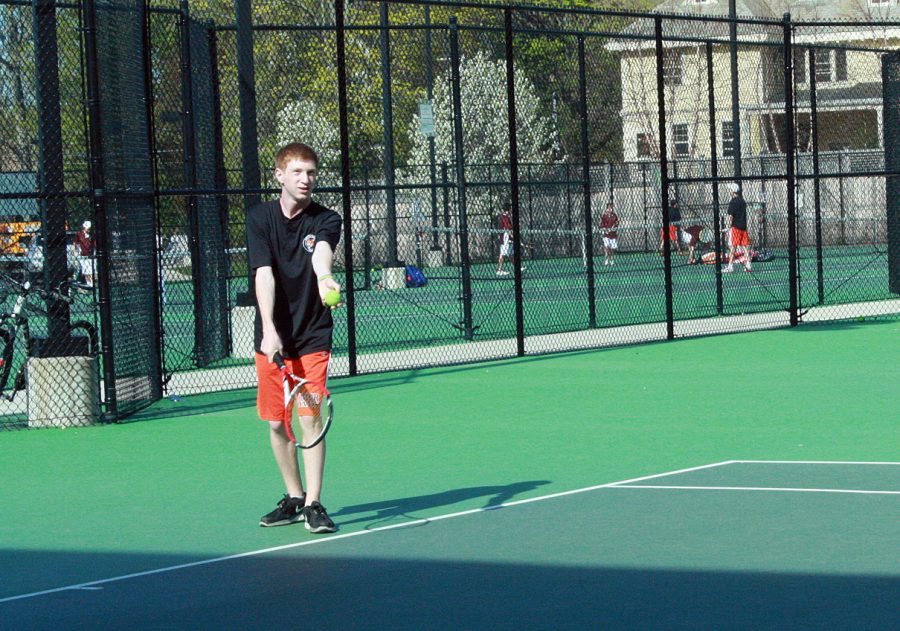 by Adam Rabinowitz
About halfway into the season, boys’ tennis hasn’t had the start it wanted. Currently 5-4, the Tigers are looking to step up their game as the season progresses.
“So far we’ve had a slow start, losing some close matches and losing some matches with starters out,” said senior Adam Goffstein, a captain with senior Dan Smith.
According to Smith, the team has great potential. “ I think we can make a run deep into the postseason. More importantly, we have all improved greatly and have a really tight team,” he said.


However, he added that with the team’s renewed health, it is looking forward to beating some of the teams it previously lost to when they meet later in the season.
According to Goffstein, the newer players have been key for the Tigers, noting that they help fill the holes from last year’s graduating class.
Smith added that the newer players have impressed him thus far. “This year we have a really young team and they have showed a lot of mental toughness,” he said.
According to Goffstein, the team’s goals are to make it to States and to win some tough matches to get as far as the team can go.
“The expectations are to work hard and just play to the best of our ability,” he said.
Smith said that his expectations for the team are to keep working hard.
“Our team wants every person to improve their weaknesses more than their strengths. We want to be working hard and go the entire season without jogging a single sprint,” he said.
Smith added that unlike last year, this year’s younger players care more about the team.
“This year we have a really young team with a lot of great personalities as opposed to last year when some of our players had more individual mindsets,” he said.
The team’s next match is Monday, May 12 at Wellesley.
Delete Image
Align Left
Align Center
Align Right
Align Left
Align Center
Delete Heading