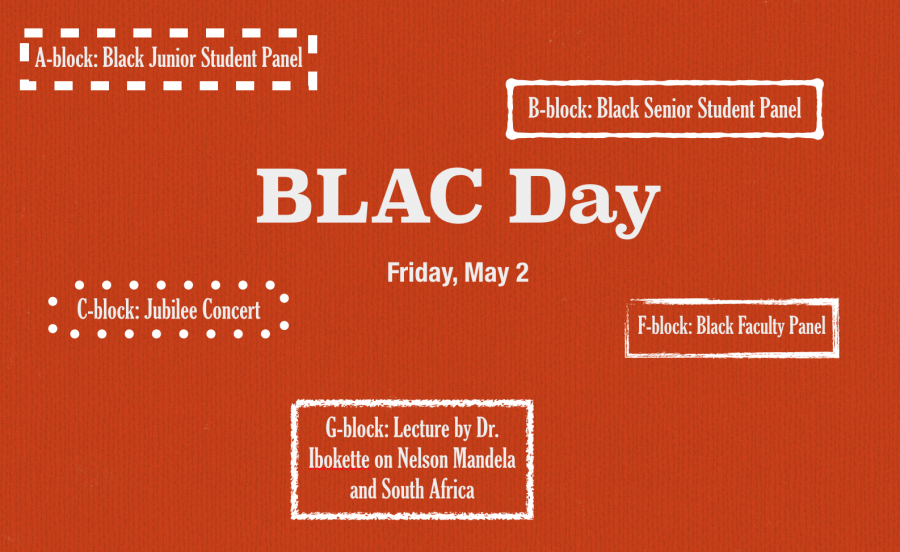 Ibokette, a native of Nigeria, professed that Mandela “is my own god,” before detailing the history of the man Ibokette called “one of the three most important individuals of twentieth century,” the other two being Dr. Martin Luther King, Jr., and Mahatma Ghandi.

Ibokette’s lecture traced the establishment of a Dutch settler colony in South Africa in 1890 to the birth of apartheid in 1944 to the creation of a multiracial South Africa in the 1990s. With this history Ibokette interwove Mandela’s own story, including his imprisonment in 1962 which then continued for 27 years and his assuming the South African presidency “with malice towards none.”

Ibokette concluded by echoing BLAC Officer Sam Jones’s hope that “the conversations taking place are not limited to this setting” and that Mandela’s example will continue to inspire people today as it has in the past.