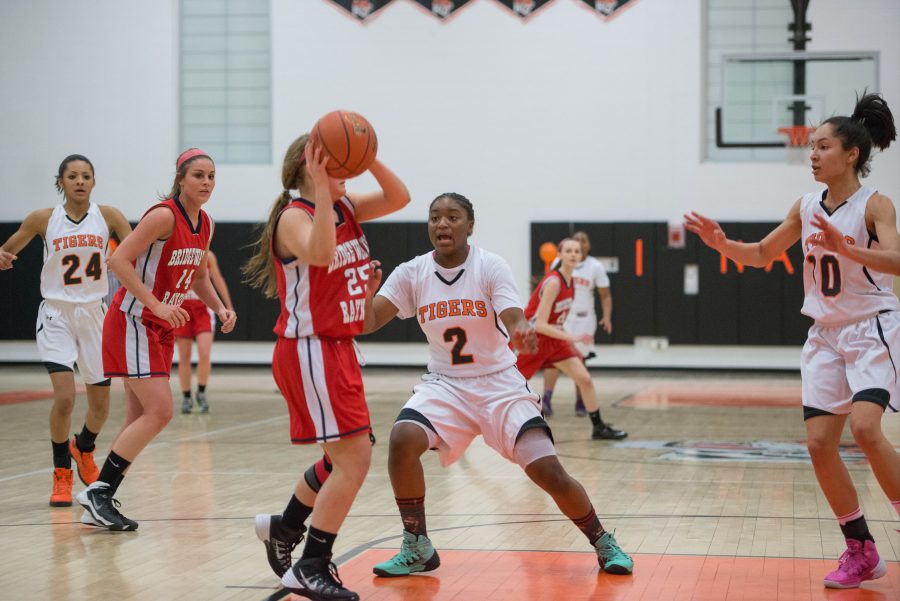 Girls’ basketball defeated Needham 66-41 in the second round of the MIAA State Tournament last Thursday at home.

Tomorrow, the team takes on second-seeded Brockton at Massasoit Community College at 7:45 p.m in the Division 1 South Semifinals.

According to senior Maddie Bledsoe, a captain with senior Infiniti Thomas-Waheed, the team has previously beaten Needham twice in the regular season and knew this team would put up a fight.

“We knew it was hard to beat a team three times in a row so we really focused on adding new elements to our offenses and defenses,” Bledsoe said.

The Tigers knew that Needham had a feel for their game and that they must change their play in order to be successful. Thomas-Waheed said, “We knew that in order to win we had to box out and just out-rebound them and thats exactly what we did.”

She attributes the win to a team effort. “It was a really good game, and everyone did their part on their court.”

The Tigers came out strong, and did not stop fighting until the very end, leading 31-14 at the half.

“We wanted to get a strong start so we wouldn’t be under pressure late in the game,” Bledsoe said.